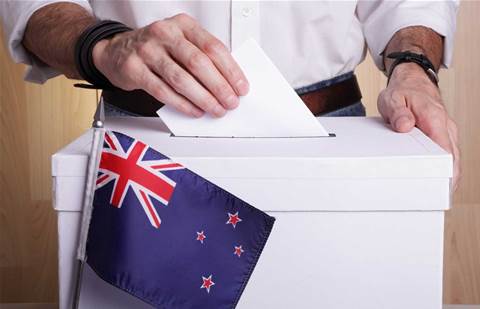 Revenues for the MSP, which operates across Australia, New Zealand and the US, grew 2 percent overall despite a 13 percent decline in the New Zealand business’ revenue, compared to the same period in FY2017. The ebb was attributed to slow sales in Wellington on the back of a public sector spending pause during the NZ election period.

Total revenue for the company was $85 million for the first half of 2018, up $1 million from first-half 2017. The company reported $28.9 million in gross profit, up 9 percent for the period, and an underlying EBITDA increase of 14 percent to $7.3 million.

The steady revenue result comes on the back of growth from the Australian business, which was up 10 percent in Western Australia and 9 percent in the eastern states. Western Australia represents 38 percent of the company’s revenue, with the east coast accounting for 28 percent, New Zealand contributing 31 percent and the US chipping in 3 percent.

Empired managing director Russell Baskerville said: “We are pleased with our first half financial performance. Management have grown key areas of the business whilst carefully managing the decline in Wellington to protect our earnings in H1 and capacity to quickly ramp up in H2.”

“We are excited by what we are seeing across the company with pleasing growth in a number of key regions and in core service lines that are aligned to growth segments of the market.

“This combined with an improving NZ public sector outlook is expected to underpin a solid second half and an outstanding outlook for FY19.”

Energy and resources remains Empires biggest sector of business, representing 24 percent of the company’s revenue, followed by government contracts at 21 percent, health and education at 12 percent, finance and insurance at 11 percent, wholesale and retail trade at 7 percent, with manufacturing and transport, ICT and other sectors accounting for the remaining 27 percent.

Just 20 percent of Empired's overall client base accounted for 80 percent of the company’s revenue.

Empired expects the New Zealand sales pipeline to rebuild in the second half of the 2018 financial year and will use a “strong operating cash flow in H2 to reduce net debt”.

Empired's share price was up 6.6 percent to 48 cents at the time of writing.

Grab the MSP security opportunity
By Michael Jenkin
Feb 14 2018
9:45AM