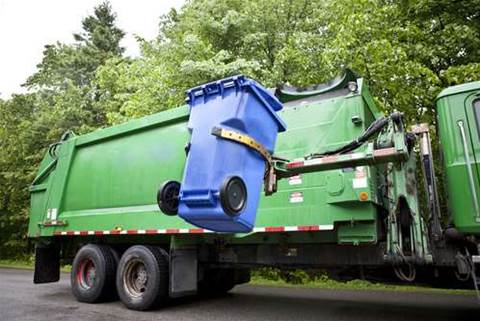 A man searching for his laptop in a Perth CBD dumpster has escaped uninjured after being tipped into a garbage truck.

A Fire & Emergency Services Authority (FESA) of Western Australia spokeswoman told iTnews that two fire trucks were sent to rescue the man, after receiving a call from police at approximately 4.30am Perth time (7.30am Sydney time).

A garbage truck had emptied the dumpster from a property opposite the Perth Concert Hall on St Georges Terrace, when the driver heard screams coming from the back of the truck, and called police.

The FESA spokeswoman said the trapped man had been unable to escape because there was no ladder inside of the truck. It took about 20 minutes to free him, according to news reports.

The man did not locate his missing laptop, according to a separate report, although the FESA spokeswoman could not confirm this.

It was not clear why the man was searching at the early hour in Perth's CBD, and FESA did not have further details of the incident.

Grow your software revenue by selling these 5 affordable, essential tools for the modern workplace
By Ry Crozier
Oct 23 2012
4:08PM