Perth MSP Silverfern IT turns 30: How the company navigated itself through the ever-changing IT landscape 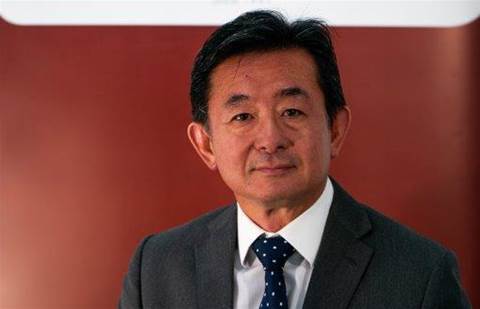 Perth-based managed services provider Silverfern IT is celebrating 30 years in business, collecting a number of accolades along its way including some from CRN.

Chief executive Liong Eng spoke with CRN and detailed Silverfern's evolution from an IBM computer broker founded in the early 1990s to an MSP and cybersecurity services firm.

“Reaching the 30-year milestone is something you never really think about when you get started, but it has been a really great journey for us,” Eng said.

“All of our successes have been achieved through sweat and tears and learning from our mistakes, which had been plenty through the years, and making sure they don’t happen again.”

Silverfern started out in Perth CBD as a computer broker for mainframe customers, supplying pre-owned IBM equipment to IBM customers. That lasted for close to four years before the company pivoted to PCs as demand started to skyrocket in the mid-1990s. The company later expanded into networking, including local area networking (LAN) equipment, and then into Windows Server.

“There’s been a lot of technology transformation since the company was founded. We started off pretty much with hardware — at the time it was about how fast your CPU was, how much memory you had, et cetera,” Eng said.

Eng noted how Silverfern’s customers at the time changed how they consume technology, starting to move away from capex and into opex, so the company embraced SaaS solutions more than before.

To stand out further from other IT services companies, Silverfern also branched out into cybersecurity and managed security services. The company went full circle and partnered with IBM Security, in addition to other vendors like WatchGuard, Trend Micro, Pulse Secure and more.

As of today, Silverfern works with vendors of varying sizes and technologies, including Microsoft, Dell, VMware, Cisco, Lenovo and Citrix as some of the biggest names, as well as specialists like Silver Peak, Veeam, Barracuda and Vocus.

The company also boasts an ISO 9001:2015 certification for IT products and services, which it has held since 2003, and is currently working to achieve ISO 27001 Information Security.

Silverfern is also not shy about its industry accolades, including its inclusion in the 2011 CRNFast50 list and for winning the Optimising investments - Enterprise award at the inaugural CRN Impact Awards in 2017 for its work with Perth Mint.

Looking ahead, Eng believes the strategy that’s already in place for Silverfern should keep the company going strong in the next few years. Eng said he sees himself working at the helm for at least the next three to five years, but hasn't ruled out a succession plan for beyond that.