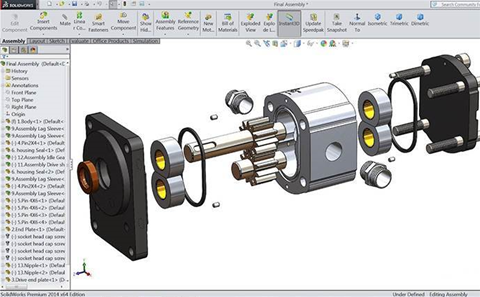 Perth's "only locally owned and operated Solidworks reseller" has called in administrators after the vendor opted not to renew its licence to resell the computer-aided design software.

The vendor then transferred the reseller's customers to its major rival, InterCad, which is headquartered in Sydney with offices across the county, SFWorks director and technical services manager Magnus Whittall told CRN.

Solidworks made the decision not to renew SFWorks' contract beyond 31 March 2017, Whittall said.

“We delivered all products to our customers and paid all suppliers and employees, however, with no SolidWorks products to sell, and as SolidWorks transferred our customer base over to our only competitor, Intercad, it didn't make it viable for the business to continue and we ceased trading.

“We had hoped of dealing with another software supplier and/or partnering with an existing reseller, but again no viable options could be found.”

Whittall said the licence was not renewed due to a failure to meet sales targets, citing the underperforming Western Australian economy as a contributor.

In a letter addressed to clients, SFWorks general manager Nevin Wittber said the company received advice from Solidworks that it was going to reduce its resellers in the region.

“This does not mean the end of SF as a whole,” Wittber said. “We are still the most experienced SolidWorks design operation in WA and have one of the best equipped specialised engineering training facilities in Perth.”

Whittall said while SFWorks is in the process of liquidation, its 3D drafting business, SFDesign, is the main focus moving forward.

“It's really disappointing the decision SolidWorks came to and the feedback we had from our customer base showed that we were not alone in this disappointment,” Whittall told CRN.

In emails seen by CRN, SFWorks customers voiced their support for the reseller, particularly some Perth-based engineering and mining companies, some of which also criticised Solidworks parent Dassault Systèmes for the decision.

Documents obtained from the Australian Securities and Investments Commission showed that SFWorks had debts of $434,778.57, including about $130,000 to ANZ bank and $70,000 to the ATO.

CRN has reached out to Ticcidew, Solidworks Australia and Intercad.