Perth's Arkanha given place in Microsoft for Startups program 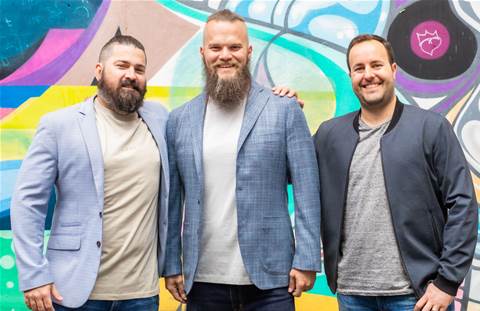 New startup on the block Arkahna, based in Perth, has been inducted into the Microsoft for Startups program just two weeks after launching into the market.

The global program is designed to accelerate the trajectory of high-potential start-ups to enable growth at scale.

“It’s a fantastic vote of confidence for our new business and for the tech scene in WA,” said chief executive, co-founder and Microsoft alumni Josh Boys.

“We’re entering the market with a new way of operating compared to other software development and consultancies, so we’re honoured to be among a select group of companies around the world to join the Microsoft for Startups program.”

Arkahna will design and develop product to deploy with its bespoke enterprise-level solutions by utilising Microsoft Azure technologies and Microsoft Power Platform.

The company is taking advantage of the recent growth of Perth’s tech scene and working to diversify the region’s economy, which has often been overshadowed by the strength of the mining and property sectors, a statement said.

“Perth is home to some incredibly resourceful talent in the tech industry and our inclusion in a globally-renowned program such as Microsoft for Startups is great recognition that WA has a place on the world stage,” added Boys.

Before co-founding Arkhana with Matthew Menezes and Leigh Shayler, Boys spent four years as the Azure business lead for Microsoft Australia, and prior to that worked in leadership and executive roles at Ignia for more than six year.

He is also the CEO of online store Tabletop Swag, which focuses on supplying tabletop gaming products and accessories from indie creators.

Menenzes has the role of chief operating officer for Arkanha. He also worked at Ignia, spending 7 years as the company’s WA digital practice lead. He did 10 years as the intelligent applications practice lead for the Australian arm of reseller Insight.

Shayler, the chief technology officer, spent two years at Ignia as a technical architect, followed by two years at Insight as principal consultant and technology strategist, and then one year as the CTO of Satalyst.