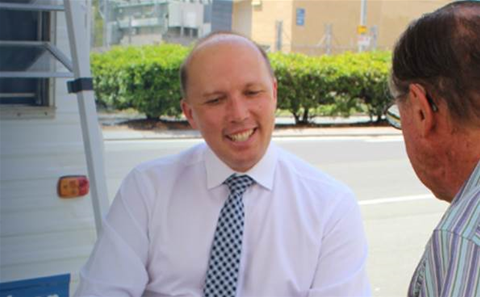 Dutton said in a statement on Monday morning that he would assume the responsibilities from Angus Taylor including cyber security and critical infrastructure. Taylor shifted from his responsibility as law enforcement and cybersecurity minister as part of Sunday's cabinet reshuffle, and was handed the energy portfolio instead.

"I want to acknowledge the efforts of Angus Taylor, Alan Tudge and Alex Hawke who contributed significantly to the success of this portfolio in recent years."

Despite his new remit, Australia is still without a dedicated cybersecurity minister since Morrison was voted in as Australia's new prime minister on Friday. Amid last week's turbulent leadership battle, Taylor resigned from the ministry due to his support for Dutton's tilt for leadership of the Liberal Party.

The cybersecurity portfolio was introduced in 2016 by former prime minister Malcolm Turnbull as part of his national cybersecurity strategy, appointing Dan Tehan as its first minister. Dutton also resigned, last week after his first leadership spill was unsuccessful, but was offered his previous home affairs portfolio when Morrison unseated Turnbull on Friday.

The home affairs ministry includes responsibility for the Australian Border Force, Australian Security Intelligence Organisation, Australian Federal Police and Australian Criminal Intelligence Commission along with a handful of other national security departments. Under the new ministry, immigration, citizenship and multicultural affairs was spun off from home affairs and handed to David Coleman, while Linda Reynolds took on the role of assistant minister for home affairs.

Grow your software revenue by selling these 5 affordable, essential tools for the modern workplace
By Brendon Foye
Aug 28 2018
11:35AM