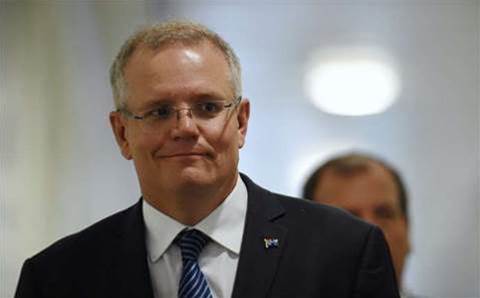 Email security company MailGuard has detected a new phishing email scam that disguises itself as an invitation from Australian Prime Minister Scott Morrison.

The emails began circling on the afternoon of 29 January and are purportedly sent from ‘Hon Scott Morrison MP’ using an email with the domain of ‘@pm.gov.au.’

Tech-savvy readers might already be cautious about these emails, especially given it’s subject line is “here’s your download,” but those expecting an invitation from Australia’s commander-in-chief will be disappointed.

The email contains an image of the PM and a header reading ‘Invitation from the Prime Minister of Australia’ in an effort to arouse the curiosity of potential victims and encourage them to click on the email’s link. 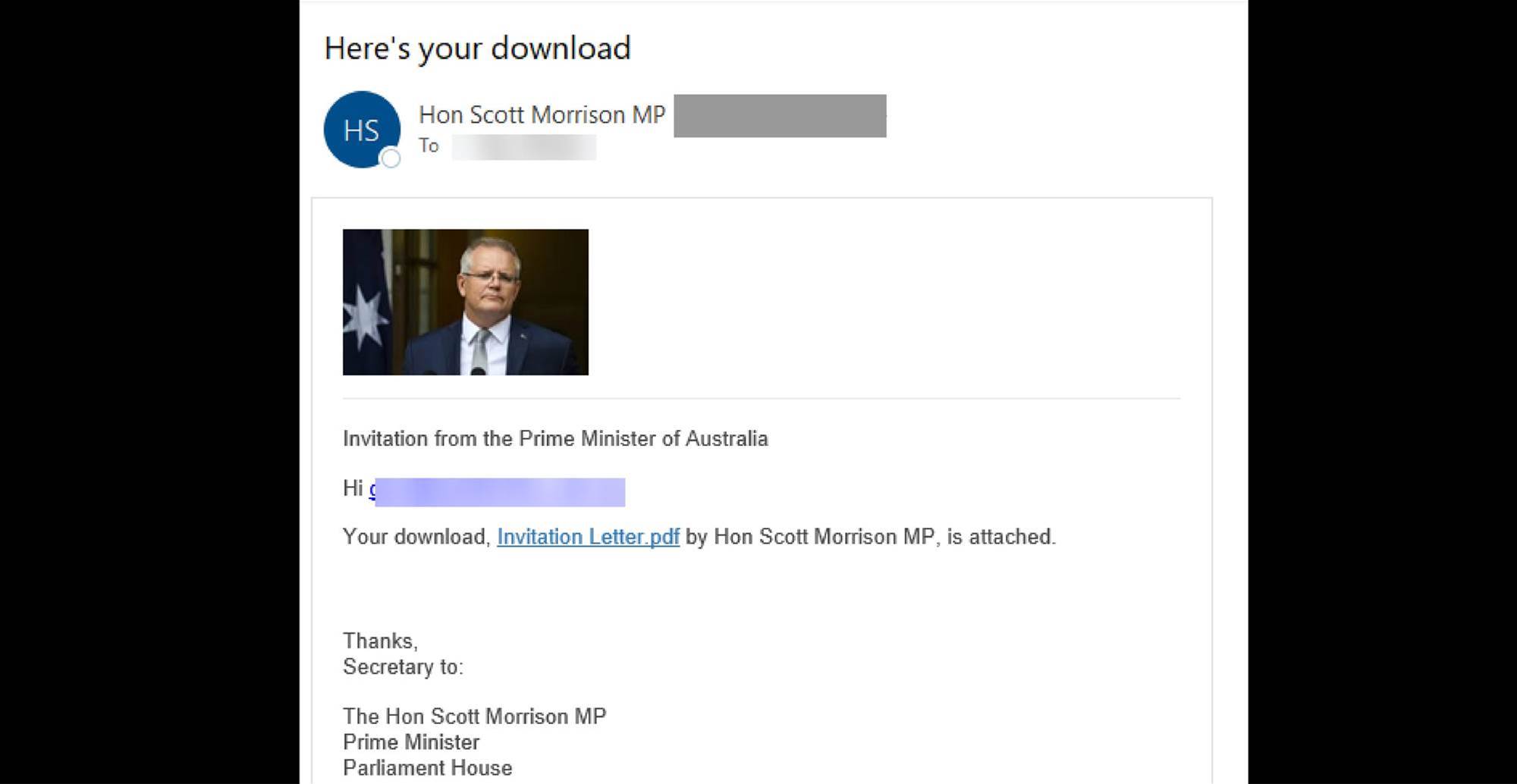 The link, which appears in as hyperlinked PDF file, will redirect unsuspecting victims to a SharePoint-branded phishing website, which has since been taken down at the time of writing. MailGuard said the email was sent via SendGrid, which also hosts the malicious link.

MailGuard cautions users to delete any suspicious emails, which could include aspects like not addressing recipients by name, poor grammar, ask you to download files or take you to suspicious landing pages or websites.