PHOTO GALLERY: Were you onboard the itX Disco Fever Cruise? 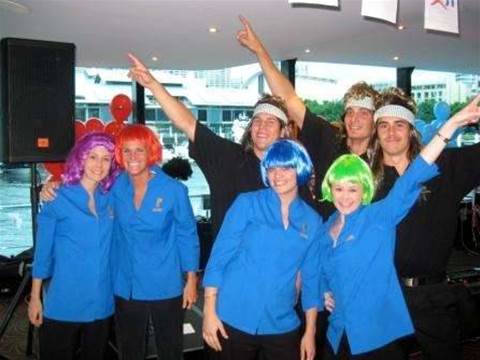 Held onboard the luxurious Blue Room, a stylish 85-foot glass vessel, guests donned their wigs, flares and 70s disco-chic gear to set sail for a trip around Sydney Harbour.

“A hundred and seventy-nine people braved the thunderstorms to join us on the cruise this year,” said Sadler.

“As always, we have a theme for the night and this year’s theme was Disco/Funk.

"Resellers came dressed up in their funkiest outfits. Everyone who boarded the boat picked their choice of wig and grooved the night away with the 70’s/funk band ‘Boogie Fever’.

“We gave out prizes for the best dressed reseller, itX staff member and vendor and we held a dance-off competition too,” he added.

Did you attend the itX cruise? Find yourself in pictures of the night!

Follow the photo gallery for an interesting look at how the night evolved, from the costumes and glitter to the funky shapes on the dancefloor.

This year’s winners of the seventh annual itX cruise were:

Grow your software revenue by selling these 5 affordable, essential tools for the modern workplace
By Staff Writers
Dec 5 2008
6:00AM