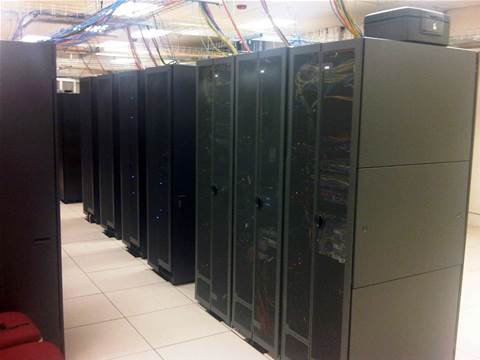 Las Vegas casinos are normally tight-lipped about their IT systems, citing security concerns and competitive advantage.

CRN's sitster publication iTnews got a rare glimpse into casino technology with a tour of one of the data centres for twin casinos The Venetian and The Palazzo, which collectively boast 11,000 rooms.

The casino's chief technology officer Steve Vollmer showed them through the two-year old Palazzo data centre, which acts as a disaster recovery site for the main Venetian centre, which has been running for 13 years.

The two sites are technically "next door" to each other, but more than 3000 feet separates them.

"If we had a fire to the extent we had both buildings destroyed, we'd have no business anyway," Vollmer said.

As a precaution, the fibre run connecting the centres goes outside the buildings via the street rather than by the most direct route.

Despite the high-pressure casino environment, the basic design echoes data centres the world over.

The biggest difference to standard business systems? The trading day runs from 4am to 4am, reflecting Vegas' late-night gambling peak.

Transactions are replicated instantly, while a full backup of a day's transactions to disk takes around four hours. Older tape archives are stored off site.

The same basic IT infrastructure plan has been used at the recently opened Singapore Marina Bay Sand sister casino, though the newer site runs entirely on an IP network and makes much heavier use of virtualisation (running VMware).

Just five percent of the Las Vegas workload is currently virtualised, though Vollmer and his team plan to expand this.

The one topic Vollmer wouldn't discuss? Security and surveillance systems used in the casinos. There's an extensive network of cameras monitoring the casino floor to identify any suspicious activity.

Angus Kidman travelled to Las Vegas as a guest of HP.

Grow your software revenue by selling these 5 affordable, essential tools for the modern workplace
By Angus Kidman
Jun 25 2010
11:48AM