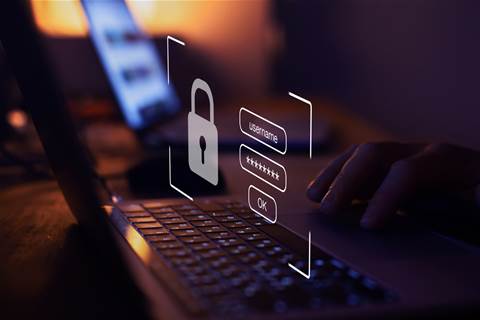 Ping Identity has purchased security orchestration startup Singular Key to streamline the creation of workflows across multiple identity technologies and platforms into a unified fabric.

The identity security vendor said its acquisition of Singular Key will enhance business agility and flexibility by eliminating complexity and speeding the deployment of identity workflows without the need for coding. The technology will make it easier to tightly integrate identity verification, fraud, risk, access management, privileged access, and identity governance.

Singular Key will make it easy to build workflows and enhance user experience through a graphical, drag-and-drop visual interface, eliminating the need for developers to write code for integration, according to Chief Product Architect Patrick Harding. The technology will be integrated into the PingOne Cloud Platform to make it easier for customers to manage and use existing Ping products and services.

“It’s really going to tie all of the services that we have in PingOne together and make it easier to use those in combination as well as third-party services,” Harding told CRN.

Singular Key’s technology will make it easier for channel partners to build workflows and integrations in industry verticals where Ping Identity might not have extensive expertise such as health care, education, and pharmaceuticals, Harding said. The company will track the number of users it adds to the PingOne platform where orchestration is a starting point as well as integrations with other identity services.

The Singular Key acquisition closed Monday, and Harding declined to disclose the terms of the deal. Ping Identity’s stock is up US$0.68 (2.60 percent) to US$26.88 per share in after-hours trading Monday.

Singular Key was founded in 2019, employs 10 people, and raised an undisclosed amount of seed funding in January 2020, according to LinkedIn and Crunchbase. The company was co-founded and led by Jatin Maniar, who had previously helped scale and sell anti-phishing email protection startup DMARC Analyzer to Mimecast in November 2019 for US$21.1 million.

“Simplifying and integrating identity workflows to trust users’ identities and devices with confidence is a critical part of a good customer, employee and partner experience,” Maniar said in a statement. “Joining forces with Ping Identity, a company that is the identity infrastructure for the world’s largest global businesses, is the perfect fit for our team, and allows us to better serve our customers and partners.”

Singular Key makes it easy for organizations to add, remove or hot-swap providers for business continuity, allowing them to lower licensing costs and improve performance, according to the company’s website. The company said it harnesses the power hardware-grade security and biometrics available on today’s devices for strong phishing-resistant authentication, Singular Key said on its site.

This is Ping Identity’s fourth acquisition in the past year and comes just three months after the company purchased bot detection and mitigation startup SecuredTouch for US$39.9 million to provide identity, risk, and fraud teams with early visibility into potential malicious activity.

Ping Identity in November 2020 bought dynamic authorisation vendor Symphonic Software, which protects APIs, data, apps, and resources, for US$28.8 million. A month before that, the company purchased startup ShoCard, which allows users to collect and store personal identity information on their phone and then unlock and share that information using facial or fingerprint biometrics, for US$5.5 million.

Eliminating departmental friction within MSPs
By Michael Novinson
Sep 28 2021
11:25AM