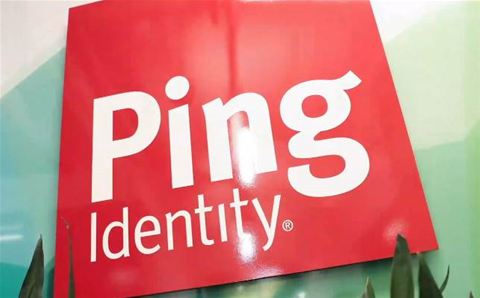 Ping Identity filed to raise up to $100 million in an initial public offering and disclosed that 60 percent of its new business in 2018 was influenced by channel partners.

The Denver-based identity security vendor said it relies on 50 resellers, 35 systems integrators and 10 MSPs to source new leads, aid in presales processes such as proofs of concept, demos or requests for proposals, and resell product to customers. Ping Identity said it also relies on systems integrators to provide implementation services for some large and more complex deployments.

"If our channel partners do not effectively sell, market or deploy our solutions, choose to promote our competitors' solutions or otherwise fail to meet the needs of our customers, our ability to grow our business and sell our solutions may be adversely affected," Ping Identity said in its 167-page regulatory filing Friday with the US Securities and Exchange Commission.

The work of Ping Identity's channel partners around implementation significantly increases the time-to-value for the company's customers and maximises the efficiency of its go-to-market efforts. Although Ping Identity goes to market primarily through direct sales, the company said such sales are enhanced by collaboration with channel partners, resellers, systems integrators and technology partners.

International sales accounted for 23 percent of Ping Identity's total revenue in 2018, and the company said it expects sales from abroad to be a meaningful revenue contributor in future periods. Ping Identity decided last year to invest in enhancing its sales force globally to increase its selling capacity and capitalise on the large market opportunity.

Ping Identity said it would be unable to comment beyond what's in the S-1 filing due to being in a quiet period. The company is said to be looking at a valuation of between US$2 billion and US$3 billion in its IPO filing, according to TechCrunch. That's well above the US$600 million private equity firm Vista Equity Partners paid in June 2016 to purchase Ping Identity.

The company was founded in 2002, and raised US$128.3 million in nine rounds of outside funding prior to the sale to Vista Equity, according to CrunchBase. The company employed 897 people as of June 30, of which approximately one-third were in research and development.

Ping Identity said in its S-1 filing that it plans to use the net proceeds of its IPO to repay outstanding borrowings, general corporate purposes, as well as to potentially acquire or invest in complementary businesses, products, services or technologies. Ping Identity will be listed on the Nasdaq stock exchange under the ticker symbol PING.

The company's platform is compromised of six tools that can be purchased individually or as a set of integrated offerings: single sign-on, multifactor authentication, access security, directory, data governance, and API intelligence. Ping Identity said its platform can be deployed across cloud, hybrid, and on-premises infrastructures.

Ping Identity sells its platform through subscription-based contracts with primarily either a one-year or three-year term, making the average contract length approximately two years, according to the S-1 filing. The company focuses its selling efforts on executives such as CIOs and CISOs who are often making strategic top-down decisions, and recently extended its cloud-based offering to target developers.

"Increasing awareness of our platform, further developing our sales and marketing expertise and channel partner ecosystem, and continuing to build solutions that address the unique identity needs of large enterprises have increased our number of large customers across industries," Ping Identity wrote in its S-1 filing.

Ping Identity has experienced modest growth in recent years, according to its regulatory filing, with sales climbing to US$201.6 million in its most recent fiscal year, which ended 31 December up 16.8 percent from US$172.5 million in 2017. The company, however, recorded a loss of US$13.4 million in 2018, down from net income of US$19 million in 2017.

Since 2016, the company has focused on operational improvements to accelerate revenue generation and improve profitability by implementing algorithm-based customer prospect targeting; tracking return on investment of marketing tactics; and tiering and standardising customer retention activities while maximising upsell opportunities.