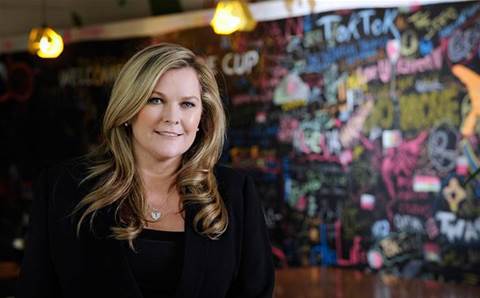 Microsoft has announced that Pip Marlow will depart Microsoft after more than two decades to take a newly created role of chief executive officer, strategic innovation with Suncorp.

Marlow is being replaced by Steven Worrall who steps up from his role as Enterprise and Partner Group director to become the new Australian managing director on 1 January 2017, with Marlow set to exit by the end of January.

"Being able to choose a leader from within our ranks speaks to the strength of Pip’s leadership and will ensure minimal disruption to the strong momentum delivered by the Microsoft Australia leadership team," Haupter said.

“Pip has been an exceptional leader for Microsoft Australia and will be greatly missed. Her strong leadership, passion and determination to continually improve Microsoft for our customers, partners, employees and the wider community has been truly inspirational.  She has made a tremendous contribution and impact,."

Marlow said: “After two decades, it is time to move to a new challenge. I leave the Australian business in excellent shape and I know that Steven will be a great and impactful leader."

Suncorp's decision to appoint a leader from the tech industry follows a theme of 2016. In March, Google Australia chief executive Maile Carnegie announced a move to the ANZ Bank as its new head of digital banking. In November, Dimension Data executive Gerard Florian took a role at ANZ Bank of group executive of technology.