Pipeline preview: How will the economy and change of government impact your business? 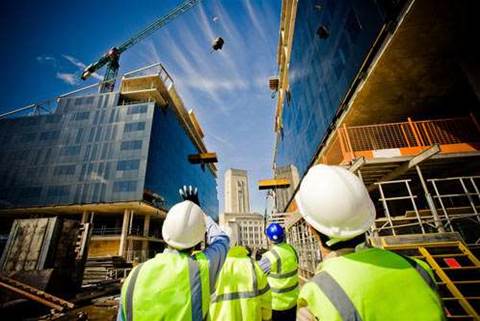 The Australian economy roared back into life after a COVID inspire hiatus, growing at 5.7 per cent last year. 2022 is likely to be less heroic, with a forecast of 2.9 percent, below the long-term trend average of 3.3 per cent.

While the pandemic was a disaster for sectors such as travel and entertainment, airlines and higher education, it proved a boon for some parts of the economy such as ecommerce.

The IT sector cleaned up due to the dramatic shifts, such as the need to work from home. The economy experienced years' worth of digital transformation in the first six months of the pandemic, and that acceleration in IT investment continued.

While it has been benign for decades in Australia, the economy is back at the top of the risk register – but what does that mean for the IT channel?

As the economy recalibrates, smart channel companies have the chance to seize new opportunities as organisations turn to IT to automate processes and maximise efficiency.

For the CRN Pipeline conference in August, we've asked economist Steve Koukoulas to set the macro-economic scene, to equip channel leaders with the knowledge and context they need to make the best decisions.

Few economists have both the global and local experience of Koukoulas, whose unique background includes experience heading global research for TD in London, his role as Chief Economist of Citibank and as a former Senior Economic Advisor to former Australian Prime Minister Julia Gillard.

It’s a complicated economic environment. At least the government and institutions like the reserve bank can use policy settings to exercise some control over interest rates, inflation, staff shortages and GDP.

But the ship of state is also assailed by huge global issues we have little control over: the global supply chain crisis, the war in Europe, the increasing frequency of climate change disruptions, and of course the endless pandemic, now stretching deep into its third year.

The country also has a new government after 10 years. That means changing policy priorities and adjustments to where the government spends dollars on IT. But it could also mean more IT spending as the new government looks to extract efficiencies from some notoriously inefficient sectors, such as health and disabilities.

The other good news is that new governments tend to act more bravely in their early years, and there is also the opportunity for a new wave of reforms to unlock value in the economy.

The Australian IT channel has largely welcomed and expressed optimism about the coming years following the election result.

The new government made a series of policy pledges during its election campaign to improve the technology and cyber security sector.

Those pledges included fixing the tech skills shortage by creating 465,000 fee-free TAFE places and 20,000 additional university places, spending an extra $2.4 billion on NBN upgrades to get 90 percent of Australians in the fixed-line footprint to order gigabit speeds by 2025, and a $1 billion ‘Critical Technologies Fund’ to support the local tech industry.

On the flip side, the party also promised to reduce “wasteful spending on private external labour” by $3 billion over four years and reinvest $500 million in the Australian Public Service, a move likely to affect IT contractors.

Be prepared for whatever the economy throws at you and get a leg up on your competitors by equipping yourself with the most current and contextual assessment.

Get better insights about the economy and get a leg up on your competitors - secure your CRN Pipeline ticket today. Places are strictly limited.