Plan to impose GST on Ebay, Amazon imports could be pushed back a year 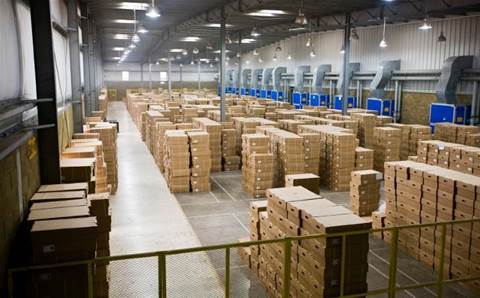 A Senate committee has recommended the government delay for another year plans to introduce GST on imported goods with a value of less than $1000.

The bill, which was introduced in 2015, proposes that sellers impose GST on "low-value goods" when imported from overseas. GST currently only applies to goods valued at $1000 and over. The bill was intended to come into effect on 1 July 2017, and is expected to bring in $300 million over the next four years.

However, a multi-party Senate committee found that businesses needed more time and assistance to develop systems.

After consulting with online retail giants such as Amazon, Ebay and Alibaba, the committee acknowledged that implementing a GST collection scheme would be complex and costly. While alternative methods of collecting GST were suggested, the committee said that there was not enough information to form the view that any of these alternative models would be preferable.

The committee still recommends that the bill be passed, but that the implementation date be moved back 12 months to 1 July 2018. Retail groups, such as the Australian Retail Association, were also consulted.

The recommendation came after Ebay warned it could block Australians from buying goods overseas rather than implementing a system to collect GST on purchases.

Ebay vice president and managing director of ANZ Jooman Park said it would take "several years" and a "very significant investment of human and financial resources in product development and administration” to comply, according to CRN's sister title, iTnews.

"Concerns were further expressed that Australian consumers might lose access to some online suppliers and, worse, that the additional costs for complying importers would make them uncompetitive with less secure, reliable or honest suppliers," the senate committee said in its recommendation.

"This was especially so given the difficulties of enforcement if compliance was not voluntary."