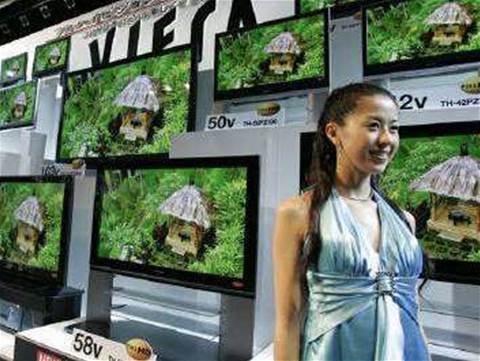 It used to be that diamonds were a girl’s best friend, but now that position has been taken by plasma screen TVs.

According to a study released by female-targeted US cable network Oxygen, 77 percent of women would prefer a new plasma TV to a diamond solitaire necklace.

The study shows that a full 79 percent of the female market is interested in and using technology, breaking the myth that the only women interested in technology are urban trendsetters.

Also, 72 percent of women prefer a hands-on approach to technology such as playing with a device in order to learn how to use it, while 46 percent do their own computer troubleshooting.

Oxygen said most women see tech as a means to an end. Over 76 percent would buy a mobile phone even if it’s unattractive, as long as it does everything they need it to do. Only 15 percent feel a mobile phone is a fashion accessory, like jewellery and handbags.

“We are proud to be giving women the credit that they deserve for being savvy and knowledgeable about technology – something we have long suspected and are thrilled to be able to quantify,” said Geraldine Laybourne.