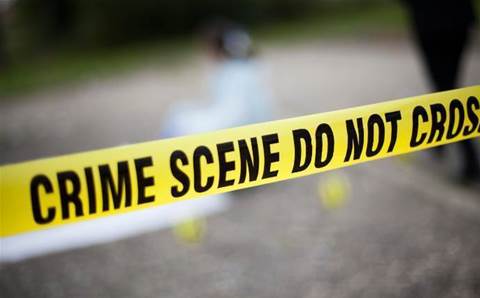 Plutus Payroll founder Simon Anquetil has been arrested as part of his connection to an alleged $165 million tax fraud syndicate uncovered this week.

Anquetil will face a maximum ten years in prison if he is found guilty of conspiracy to defraud (causing a loss) charges.

Anquetil is a former director and chief executive of Plutus Payroll, which the ATO and AFP yesterday revealed was at the centre of what has been described as the biggest white collar fraud case in Australian history.

The AFP described Plutus as a legitimate payroll company that was under the control of members of the alleged fraud syndicate, which police claim included the son and daughter of long-serving ATO senior official Michael Cranston.

It is alleged that money accepted from legitimate Plutus Payroll clients was transferred to seven subcontracted companies controlled by members of the syndicate.

The subcontractor companies paid only some of the income tax on behalf of clients that they were required to, and diverted the remaining money off to syndicate members "through a complex series of companies and trusts for their own personal gain", the AFP alleges.

While Plutus Payroll was a legitimate company, the directors of the subcontractor companies were "essentially a front – individuals recruited to appear to be running the companies" but who in reality knew nothing about the operations, the force claims.

Plutus was bought by private equity firm Synep in the middle of last year. The company has since removed reference to Plutus from its website; it can be found on archive.

Adam Cranston, the man alleged to be at the centre of the fraud syndicate, is listed as the managing director and co-chairman of Synep on its website.

Plutus Payroll's bank accounts were frozen earlier this month for what it said at the time was a dispute with the ATO. It meant thousands of its clients - many who are IT contractors - didn't get paid for weeks.

Last week the firm said it had managed to get the ATO to unlock the frozen funds for the purpose of paying Plutus clients.

Anquetil's arrest brings the number of people charged as part of the so-called Operation Elbrus so far to ten, including Adam Cranston and sister Lauren Cranston.

Anquetil has been released on bail with certain conditions.

The eight-month investigation culminated with 28 search warrants across NSW on Wednesday, and a further six yesterday.