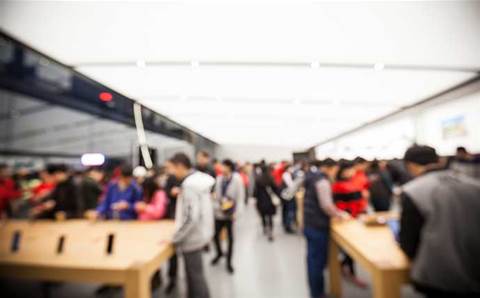 Police are investigating a break-in at an Apple Store at Melbourne’s Westfield Southland shopping centre in the early hours of Friday morning.

Police allege five men with crowbars broke into the store, located within the Nepean Highway, Cheltenham, shopping centre at 3.30am. The break-in was first reported on social media and during a segment on Melbourne’s 3AW radio station.

The would-be burglars are understood to have left empty handed.

The incident is not the first time the Westfield Southland Apple store has been targeted, with the Leader Community news last year reporting a “gang of thieves” broke into the iPhone maker’s outlet in April.

That incident allegedly had burglars use bolt cutters to enter the car park and sledgehammers on the shopping centre entrance before ransacking several stores, including Apple’s, and making off with goods and electronics.