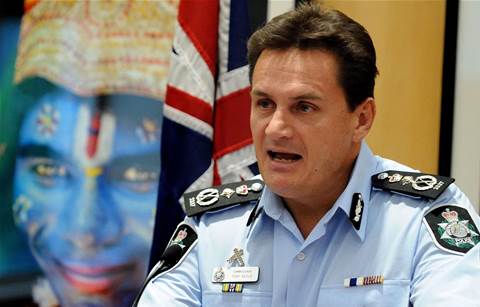 Australian authorities have continued to push for legislation that would oblige telcos and service providers to retain data for more than two years, calling for five-year or even "indefinite" retention schemes.

Contradicting a recent discussion paper from the Attorney-General's Department proposing that telecommunications metadata be held for "up to two years", commissioners for the NSW and South Australian Police, as well as the Australian Federal Police, called for much longer retention regimes than those currently proposed by the Federal Government.

They said the two-year regime, currently being assessed by a Parliamentary committee, was a "compromised position" arrived at between authorities under discussions held between police and the Federal Government.

"If we had our druthers, we would certainly like to see this held indefinitely and we could go back and reconstruct issues or crime scene events that happened many many years ago but we understand that's not practical in the sense of the cost associated with that."

According to a submission from key spy agency ASIO to the committee, driving forces behind the proposed regime want telcos to retain metadata for communications — including information about the origin and destination of a communication; time, date and duration; type of communication and device used; as well as the location of the user during that communication.

The regime, which telcos have warned could cost in the vicinity of $500 million to $700 million, would align Australian legislation with Europe's existing data retention regime, which requires telcos to store specific datasets for between six to 12 months.

It also appeared to be consistent with closed-door negotiations held with telcos two years ago on a similar scheme.

However, authorities appearing before the committee hearing on Wednesday said a longer regime was necessary in order to ensure that all the required information and potential associations between criminal figures could be identified in a prosecution.

They also suggested increased powers to allow authorities to compel internet service providers and other communication vendors to hand over public encryption keys with a lawful interception warrant.

Negus said that, despite AFP investigations often relying on data less than a year old, indefinite access to telco metadata could be required by both it and state authorities to establish required evidence for some cases.

"Obviously the longer you can go back, the greater linkages you identify and the greater connectivity in an organised crime sense or a terrorism sense," he said.

"We also understand the practical implications of this. There is enormous cost for industry in looking to store data.

However, one AFP official warned that an agreement to stick to two years in the discussion paper did not preclude it from asking for a longer data retention term in future.

"The negotiations were done by all people but no one is bound to those [negotiations] at the end of the day. It was a discussion paper that came forward here for discussion," they said.

NSW Police Commissioner Andrew Scipione called for the telecommunications interception legislation to be "rewritten almost from scratch" rather than amended, ensuring that a future Act was not prescriptive as well as making sure it did "not provide incentives for criminals to adopt particular services due to outdated legislation and a lack of capacity".

"If we're trying to close homicides that are years and years old — which we never stop investigating — to not have the information that could be the part we miss that in fact stops us going anywhere finalising a prosecution of its type," he said.

"The longer you keep it the more it grows, particularly in terms of importance ... if you've got that information there, it's there and available."

Despite the hearing, the Federal Government is yet to commit to legislating any of the proposals included in the discussion paper.

The coalition has similarly been cautious not to provide a concrete view on the issue, with opposition leader Tony Abbott saying only on Twitter that it was "important to be very careful about new laws that could compromise privacy".

Cloud application revenue made easy
By James Hutchinson
Sep 27 2012
7:38AM