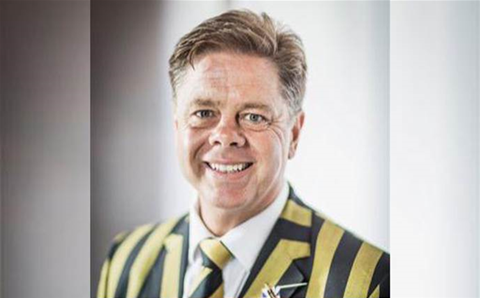 “Andy has left the company to pursue other opportunities and we wish him the best with his future endeavours,” a Poly spokesperson told CRN.

Prior to Poly, Hurt worked in marketing and channel management for over a decade in various technology companies.

Hurt first joined Poly when the company was formed in 2018. He was managing director of unified communications company Polycom in 2018, which was acquired by communications specialist Plantronics for $2 billion to form Poly.

Plantronics at the time said the purpose of the merger was to encourage better interoperability across the unified communications collaboration market, which is essential to the channel-focused company’s strategy.

Poly’s collaboration partners include the largest video conferencing programs, such as RingCentral,  Zoom and Microsoft Teams.

Poly launched its first combined Plantronics and Polycom partner program in 2020 and benefited from the pandemic-induced lockdowns which saw massive spikes in demand for Poly’s video conferencing solutions and equipment.

Poly vice president of global channel sales Nick Tidd told CRN USA last year, “[The pandemic] has forced us to think about the personal use of technology, and then it’s forced us to really look at our management and our analytics.”

“This led to the introduction of Poly+, which is our platform for device management and device usage, and it gives us the ability to provide analytics to the organisations on where and how devices are being used.”

“It’s about connecting the technology and the spaces and the people within those spaces.”

Grow your software revenue by selling these 5 affordable, essential tools for the modern workplace
By Jeremy Nadel
Mar 23 2022
11:03AM