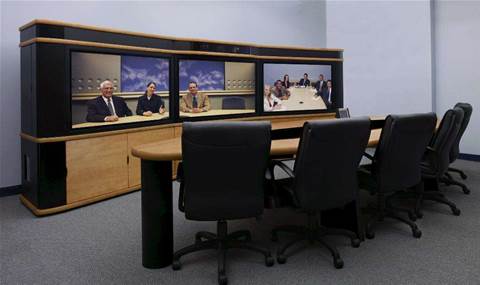 The initiative, with Australia’s Academic & Research Network (AARNet) was part of National Science Week to let pupils interact with scientists in research organisations.

According to Michael Chetner, country manager A/NZ, Polycom, videoconferencing is on the increase in schools and universities in Australia.

“Polycom runs a number of education programs that enable teachers to find appropriate content providers around the world, and introduce them to a network of teachers,” he said.

“We recently ran an event for educators at our office where they were able to experience a live interaction with the Cleveland Institute of Music in the US, and take a lesson from Japan in the intricacies of origami using high definition telepresence technologies.”

The theme of this year’s National Science Week (August 16-24) was ‘Planet Earth – Planet of Change’.

Schools who took part included Monte Sant' Angelo Mercy School NSW, and All Saints’ College in WA which connected with scientists and researchers at the Australian Institute of Marine Science, University of Tasmania and Curtin University of Technology.

“The purpose of these sessions is to increase the opportunities for school students as means of engaging with researchers and teachers worldwide and to provide the business case for high-speed IP access to schools,” said Chris Hancock, CEO AARNET.

Grow your software revenue by selling these 5 affordable, essential tools for the modern workplace
By Staff Writers
Sep 5 2008
2:43PM