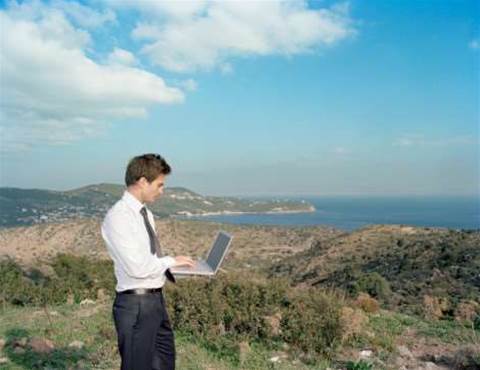 Demand for mobile computers will help global PC shipments to rise 12.2 per cent in 2007 to 256.7 million, according to IDC's latest Worldwide Quarterly PC Tracker.

The figures reflect a 28 per cent year-on-year increase in portable PC shipments, up from 25 per cent over the previous three quarters. Desktop shipments also beat expectations for the first quarter, raising the short-term outlook.

Although the analyst firm's projections for 2008 growth were lowered slightly from 11.3 percent to 10.8 percent, the stronger short-term outlook means that volumes have been raised throughout the forecast.

Despite the improved outlook for portables and overall shipments, desktop growth and volume were lowered for 2008 and beyond. The medium-term outlook for the US was also reduced in light of slow enterprise purchasing.

"The rate of portable PC adoption continues at a surprising pace and is a great sign of market strength," said Loren Loverde, director of IDC's Worldwide Quarterly PC Tracker.

"While the strong first quarter and improved outlook for 2007 coincide with the release of Vista, aggressive competition for the low-cost portables market seems to be the primary driver.

It is clear that there was a change in momentum with the new year, and some of that must be attributed to the launch of Vista."

However, slow desktop demand and a conservative outlook for commercial upgrades reinforce IDC's view that future replacements and Vista adoption will occur gradually.

"Despite solid growth in portable PC shipments, the slump in the commercial desktop market continues, dragging down the overall US PC market," said Bob O'Donnell, vice president of clients and displays at IDC.

"We expect portable PC shipments to maintain double digit growth rates for the next few years, as demand for mobility continues to shift new buyers from desktops to notebooks."