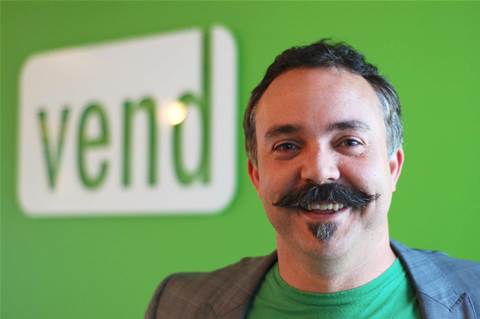 New Zealand-based PoS software specialist Vend has established an Australian presence in Melbourne and is on the lookout for partners to help expand its local customer base.

The company, which also has offices in the US, said it offers the only HTML5-based PoS suite of software solutions, which has seen widespread deployment throughout retail businesses here and abroad.

Vend CEO Vaughan Rowsell told CRN since the solution was launched two years ago, the company now boasts some 27,000 installations, with roughly a third of those in Australia supporting mainly SMBs in the retail sector.

He added the company has an Australian partner network of around 100 but that he hoped to double that number this year.

Vend's Melbourne office currently has just one staff member but Rowsell expects the headcount to reach 10 by the end of the year. Total staff for the company number close to 40.

Vend markets its PoS solution as being able to run on any device loaded with a browser and does not require an active connection. Data is syncronised automatically once one is found.

A native iPad app was launched recently, which thanks to a recent partnership with Paypal enables cashless and cardless transactions.

Businesses can also use Vend to seamlessly integrate inventory with online shopping carts such as Magneto and Shopify as well as sales and accounting platforms like Xero.

7 steps to MSP success: from pricing to specialisation
By David Binning
Feb 13 2013
3:53PM