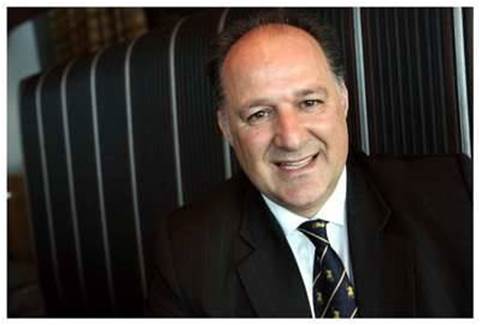 F5 Networks has hired former Trend Micro boss Chris Poulos as its new managing director for Australia and New Zealand, replacing Les Howarth, who has moved across to Citrix.

Poulos (pictured) spent only three months as Asia-Pacific managing director at application lifecycle management software player Akimbi Systems before the company was bought by VMware in June. He was offered a role at VMware but declined.

He told CRN that he would analyse F5’s existing local channel for a “quarter” before making a decision on any changes.

F5’s wares are distributed in Australia through Firewall Systems and Ingram Micro and in New Zealand via Observatory Crest. “I want to make sure we are slotting in the right partners for the right tasks,” he said.

F5’s traffic optimisation products addressed application speed and security, which were major concerns for IT buyers in the marketplace, Poulos said.

Leong Yee May, vice president for Asia-Pacific at F5 said in a statement that the company’s business had “enjoyed dramatic revenue growth over the past three years largely due to the strong sales team and our channel.”

Former F5 boss Les Howarth was appointed as director of Citrix’s Application Networking Group in the Pacific region earlier this month.
Got a news tip for our journalists? Share it with us anonymously here.

Grow your software revenue by selling these 5 affordable, essential tools for the modern workplace
By Byron Connolly
Oct 4 2006
11:04AM