Powell: Why Apple should buy BlackBerry 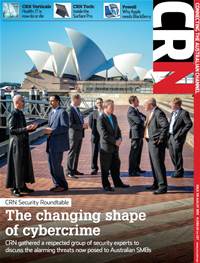 This article appeared in the August 2013 issue of CRN magazine. 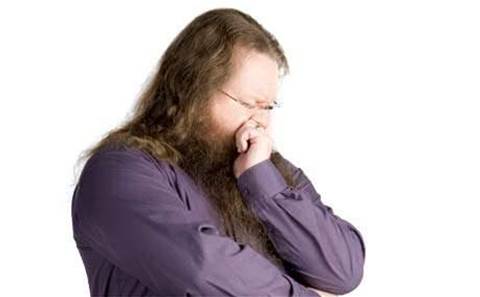 When I say “needs” I don’t mean it in the colloquial sense often employed by pundits and commentators, where “needs” really means “seriously ought”. Like, as in “Kevin Rudd needs to change his hairstyle” — yeah, it’s pretty awful, but he’ll get by with it. Seriously.

Apple, by way of contrast, needs to buy BlackBerry. Fast.

BlackBerry is in dire straits (except backwards — it’s getting nothing for money). The PlayBook didn’t sell and has been discontinued. The latest handsets rated well with reviewers, but were not popular — not popular enough to give anyone any confidence in the company. Money is disappearing out the door very very much faster than it’s coming back in. CEO Thorsten Heins, however, maintains that the company is not going to leave the hardware business.

This is called “denial” and it’s a serious thing. Someone needs to sit Mr Heins down, give him a nice hot cup of something non-caffeinated, look him in the eye and say “Thorsten, if I may call you Thorsten: you are not in the hardware business. But it’s OK, because really, you never were”. it might be hard for him to take, but the truth is sometimes like this.

BlackBerry’s hardware, introduced in 1999 in the form of a two-way pager romantically named “850” that was nicknamed “the blackberry” because of its incredibly horrible keyboard, has never been popular because it’s great hardware. It’s been popular because it allowed people to use BlackBerry’s incredibly good mobile email and messaging services. The fact that the hardware was where the profits lay has hidden that fact for too long, but now that the hardware isn’t profitable anymore it’s too obvious not to say.

Apple, meanwhile, makes brilliant hardware that everyone loves because it’s brilliant hardware. When Apple went into the smartphone business in 2007, everyone forgave the fact that its mobile email and messaging were sadly deficient compared to what was available from competitors (like Research In Motion, as BlackBerry was called back then) because the hardware was so brilliant.

It’s 2013 now, and the seventh iteration of Apple’s smartphone operating system is about to hit us. And guess what? The mobile mail still kind of sucks. Not as bad as it did six years ago, but you’d be hard-pressed to convince me there’s been six years of advancement.

Time is running out for both. Diehards in the corporate space who’ve held on to BlackBerry Enterprise Services in hopes the company might turn its fortunes around are starting to lose faith and switch to Microsoft Exchange. The relatively small consumer base that Blackberry never really managed to capture is drifting towards cooler offerings — largely Android-based.

And as Android hardware starts to catch up to or even exceed Apple’s (look at the HTC One, for instance — beautiful) iPhone customers are starting to weigh up the capabilities of the services behind the devices. Android’s much-touted market-share superiority is largely confined to users who don’t use online services much, but that could change quickly, and Google knows it even if Apple doesn’t yet.

The solution is obvious: Apple needs to buy BlackBerry. At a market cap of around $US5 billion, the company and all its intellectual property could belong to Cupertino for just over a month’s worth of last year’s profits — it’s the very definition of “low-hanging fruit”.

There is a story going round that Microsoft ought to buy BlackBerry because it wants to own a handset maker. The flaw in that, as I explained to my man Thorsten above, is that BlackBerry is not a handset maker. It’s a services company. One that offers more to Apple than it does to Microsoft.

But the time is now.

Matthew JC. Powell used to be a BlackBerry user, and would like to be again. Contact him on mjcp@me.com and hope it gets through.

A month after previewing iWork for iCloud at its Worldwide Developer Conference, Apple launched the beta for developers at the start of July. Designed to work in Safari, Chrome or Internet Explorer, the suite includes cloud-based versions of its Pages, Numbers and Keynote productivity applications.

It's too early to discern exactly what Apple's strategy is in launching the suite, aside from clearly feeling the need to have something to offer in response to Google Docs and Microsoft's cloud versions of Office applications (which recently launched on the iPhone — but oddly not the iPad). For Windows-using iPad owners in particular, the cloud suite may increase the utility of the tablet versions of the apps (the UI, in the beta at least, is far closer to the tablet versions of the apps than the Mac-only desktop versions). Important features are still missing (like a word count, so I'll have to load this into the desktop version to see if I'm done yet) so don't expect a full release — or even a public beta — too soon.

Meanwhile several updates of the developer releases of OS X Mavericks and iOS 7 have also been seeded since the WWDC, and iOS 7 in particular is reported to be close to final in its feature set. — M.JC.P.

This article appeared in the August 2013 issue of CRN magazine. Subscribe now