Powernet and Evolve IT aim high with merger 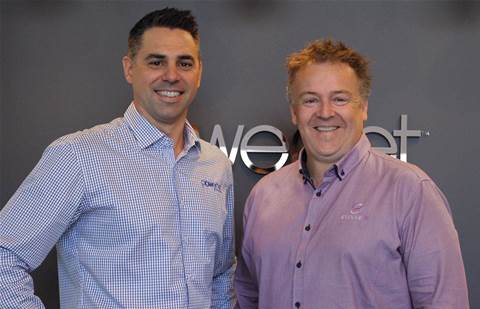 Sydney managed services provider Powernet IT solutions has merged with Evolve IT Australia, based in Victoria.

The companies revealed the move via press release at the beginning of January, announcing that the businesses would combine to create a managed services powerhouse with a combined 50 years of experience.

The new entity said it was now a multi-national SMB and mid-market services provider with a team of more than 90 people, located in six offices across Australia and New Zealand.

Powernet chief executive Daniel Williams is to head up the combined business, while Evolve IT managing director Nick Moran will take charge of partnerships and alliances.

Williams told CRN the merger stemmed from the growth aspirations of both companies,

"As a part of our ongoing strategic planning we aim to grow via mergers and acquisition," he said.

"We have great cultural alignment with Evolve IT and a lot in common, including growth aspirations. We decided to merge on the back of these, to bring our teams together and accelerate our mutual growth."

That alignment, Williams said, would be important for the company during its next phase of growth.

"Value alignment is critical, without this your teams will eventually be at odds with each other. Knowing that you value the same things makes decision making simple. This relates to your people, your clients and partners," he said.

"We are aiming high in terms of our growth and expansion, achieving lofty goals organically is tough. M&A is extremely important, however, we are still focused on organic growth alongside this activity and nurturing our growing client base."

The company, which has also combined key relationships with vendors Microsoft, Sophos and Datto, will remain strongly focused on its key industries of transport, not-for-profit and charity, retail, and wellness.

With the integration set to take place over the next six months, Evolve IT's Moran said the company expected to expand even further during that time.

"Both Powernet and Evolve IT have experienced significant growth over the past few years, including several acquisitions, and the combined entity will allow us to continue to expand our team further over coming months as we bring our teams together," he said.

No decision has yet been made on the combined entity's new branding.