PR matters in a world of relationships 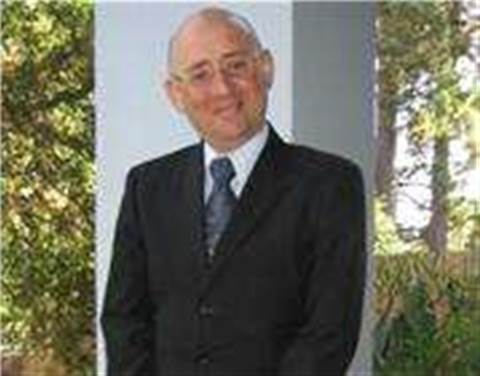 For Moheb Moses, managing your own PR requires you to get out as much as you can. Moses runs channel consultants Channel Dynamics which sells to resellers and vendors. As he puts it, public relations is an exercise that doesn’t necessarily return much on the investment in dollar figures. But it’s important for establishing and maintaining customer relationships.

Much of this comes down to his personality. Moses is personable and thrives on making personal connections. While some connect with people via email or social media, he prefers face to face contact.

And he is constantly out there, writing columns for the trade press, sitting on judging panels and speaking at events.

“I know I’m not going to get paid and I know I’m foregoing something else but it’s important to be visible. I am going to be using up my time that I could have been using to generate revenue and I’m going to be working and not getting paid for it but the result is I will get a chance to present an idea or thought process that someone else will read or listen to and go away saying that was useful and I stay in their mind as a result.”

But what is the return on investment?

“It’s impossible to justify the ROI on it.  My  objective with PR is that when I go to meet with someone, I am not a completely unknown quantity. I will have an established level of credibility that allows me to present something and they’re open to it as opposed to them having their walls up because I’m an unknown

“As a result, I do few cold calls and I have never done a press release.

“I attend various events and I speak at certain things and at the end of it someone will come up and say: ‘Do you mind if next time I bring my boss’ and every once in a while you will have someone say: ‘What you described is a problem we have, we should have a coffee.’

“You rarely get that kind of immediate response from a press release.”

Instead of building a media list, Moses has established good relationships and journalists. He makes sure they know him.

“I am not ringing them to issue a press release, I am ringing them to get to know them and find out what their priorities are,’’ he says. “It’s like any relationship role you have. You need to understand the person. So the first meeting isn’t to go and tell them something. Your first conversation should never be to get a story in. Your first conversation is to get to know them.

“So the first meeting is about going in and finding out what their drivers are and what their level of interest is and what they’re trying to achieve with their publication. And if there’s something that’s going to be of interest, I’ll call them.”

A good public relations strategy has to be about salesmanship, he says. Making a connection with a third party is like making a sale.

“This is going to sound harsh but it’s the skill and engagement of any good sale,’’ he says. “You have to understand what your client is trying to achieve. You present to them something they want and if they want something then you provide the information. As with a sales environment, the proposal doesn’t sell you, you sell yourself and the proposal simply documents that.”

He does not do a lot of social media, but as he says, that is not what his personality is about. But then, he leaves that to his business partner who does enough of that for both of them.

“I would say you have got to do what you feel comfortable, otherwise it comes across as disingenuous,’’ he says.

“If you don’t do it, stop feeling guilty. You either do it or you don’t but don’t beat yourself up.”

What resellers need to do is play to their strengths. If they’re not comfortable with one approach, they should try another.

“Work on something else,” he says. “I am a face to face person and that’s the reason I would call and talk to them, because I don’t like doing it by email but that’s me. If I have a problem with something, I’ll ring somebody. You work with the vehicle you feel comfortable with. Some people prefer to do it by email, work to your strengths

“I enjoy the personal interaction rather than the written interaction so I will catch up with people for a lunch or attend something.  I also enjoy the presentation aspect, getting up in front of people and presenting. Not everyone feel comfortable doing that. If somebody invites me to a breakfast presentation, I’ll jump at the chance.”