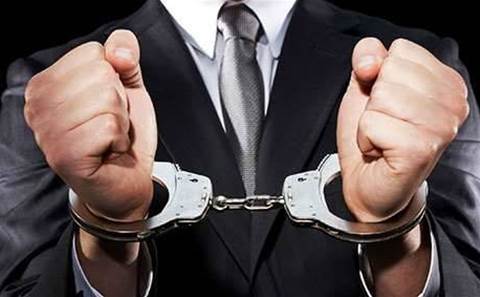 A former Microsoft employee was sentenced to two years in prison last Friday for his part in an insider trading scheme that netted him and his partner more than $400,000.

Brian Jorgenson, 32, had pleaded guilty to securities fraud for his part in a sophisticated operation in which he passed private information he gleaned from his job as a corporate finance manager at Microsoft to a former colleague who traded stocks and options.

"It is important that you serve as a public example," US District Judge Marsha Pechman said in handing down the sentence in Seattle federal court.

Prosecutors had sought a prison sentence of two-and-a-half years for Jorgenson, who they say was the instigator of the scheme. Jorgenson, a father of four with no history of crime, had asked for one year and a day imprisonment, plus 500 hours of community service.

Jorgenson's day-trader accomplice Sean Stokke, 29, was sentenced to one-and-a-half years in prison two weeks ago. The maximum penalty for insider trading is 20 years.

The US Department of Justice and the Securities and Exchange Commission jointly charged the two men in December with operating an insider trading scheme. Jorgenson was fired by Microsoft soon after the scheme came to light.

According to charging documents, the pair's cooperation began in April 2012 when Jorgenson found out through his job in Microsoft's treasury department that the software company was planning a multimillion-dollar investment in the digital business of bookseller Barnes & Noble.

He passed that information to Stokke, who bought options betting that Barnes & Noble's stock would rise. The stock jumped about 50 percent when the investment was announced in late April 2012, reaping Stokke a profit of more than $184,000, prosecutors said.

Stokke, who had previously worked with Jorgenson at an asset management company, shared the profits with his partner via envelopes stuffed with $10,000 in cash, according to the charges, which resulted from probes by the Federal Bureau of Investigation and the Securities and Exchange Commission.

The pair repeated a similar process twice in the following 18 months, prosecutors said, buying options on Microsoft stock or an exchange-traded fund prior to the release of earnings that Jorgenson knew would surprise Wall Street and cause sharp moves in the stock.

The two men took in a total profit of $414,000 from the combined trades and planned to start their own hedge fund, according to prosecutors.