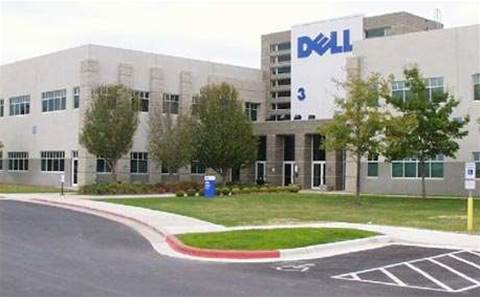 As the Dell saga comes to a close after the company's shareholders voted Thursday to take Dell private, analysts say they don't expect Dell will be taking a vacation from Wall Street for long.

"They're not going private to stay private; they're going private to restructure the company," said Carter Lusher, an independent industry analyst. "The reason you would want to go private is to make the changes you need to make, so when you go back to the public markets, they will see the changes."

Most analysts put estimates at three to five years before Dell re-emerges into the public sector. They expect Dell to return as a smaller, more focused partner that has turned its gaze away from diminishing PC sales and toward enterprise and service solutions.

[Related: Dell will invest heavily in tablets and PCs after $25bn deal]

"I think it has to line itself up that way to be attractive to the public again," said Bill Kreher, senior technology analyst at Edward Jones.

Kreher said the partnership with Silver Lake on the purchase makes it clear that Dell intends to regroup and then re-enter the public marketplace.

"Anytime a private equity investment firm like Silver Lake gets involved, the end game is to come out the other end. They want to make money," Kreher said. "This isn’t a charity case. They're in there to make money."

The uncertainty over the past couple of months as well as struggling with the declining PC market, like its competitors, have made it difficult for investors to appear bullish on the company, Charles King, principal analyst at Pund-IT Inc., said. However, he said Dell has made promising steps in the right direction with data centre products, servers and networking.

"Like a lot of other IT vendors, Dell's share price has been relatively stagnant despite successes. I think Michael Dell and partners at Silver Lake looked around and said we're offering a viable profit bus; if market can't appreciate that, maybe it's time to leave the market behind and operate this as a private entity," King said.

The move gives Dell the flexibility to make the changes it needs to turn a bigger profit without having to worry as much about its bottom line, said Jack Narcotta, an analyst at Technology Business Research, Inc.

"Dell wants to get away from that spotlight so they can reorganise the company. They're in a period of transition. They're trying to get away from the vertical product approach, and they're trying to become a more horizontal play where they're intertwining services and software into the products they make. HP is doing a similar thing but more in the spotlight," Narcotta said.

Narcotta said that business overall was healthy for Dell, but a declining revenue base made it difficult to keep up with Wall Street expectations for a high bottom line. He said he didn't expect much change from the company from an operating standpoint, with the only change being that it doesn't have to report every 90 days.

"The company can really put a focus on its viability without having to maintain near-term targets," said Kreher. He said the move will allow Dell to put up a better fight against its competitors, such as HP and IBM, because it can focus more on developing its business model instead of the bottom line.

Roger Kay, president of Endpoint Technologies Associates, said that the next couple of years will definitely be a challenge for Dell as it works to reinvent itself. He said that Dell isn't guaranteed to succeed now that it is private, but he said it was the best option the company had.

"Listen, they finally got to this moment. Let them take one breath and let them get to work," Kay said.