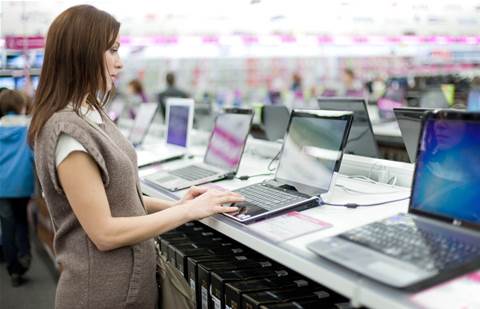 Strict lockdown measures across the world in response to the Coronavirus pandemic have helped demand for PCs soar in the first quarter of 2020, but overall shipments still managed to decline due to negative impacts on the supply chain.

Research from Gartner, IDC and Canalys reveal that shipments of PC desktops, notebooks, and workstations have declined year over year in Q1 2020.

Canalys said this was the largest decline since Q1 2016 while Garter said the decline was the sharpest since 2013. The declines contrasted to 2019, where all three research firms reported growth in shipments over the past four quarters.

“Following the first lockdown in China in late January, there was lower PC production volume in February that turned into logistics challenges,” Kitagawa said.

“Once coronavirus-related lockdowns expanded to other regions, there were new, sudden pockets of PC demand for remote workers and online classrooms that PC manufacturers could not keep up with.”

Canalys research director Rushabh Doshi said the decline was largely due to “severe delays” in production and logistical issues caused by the pandemic. 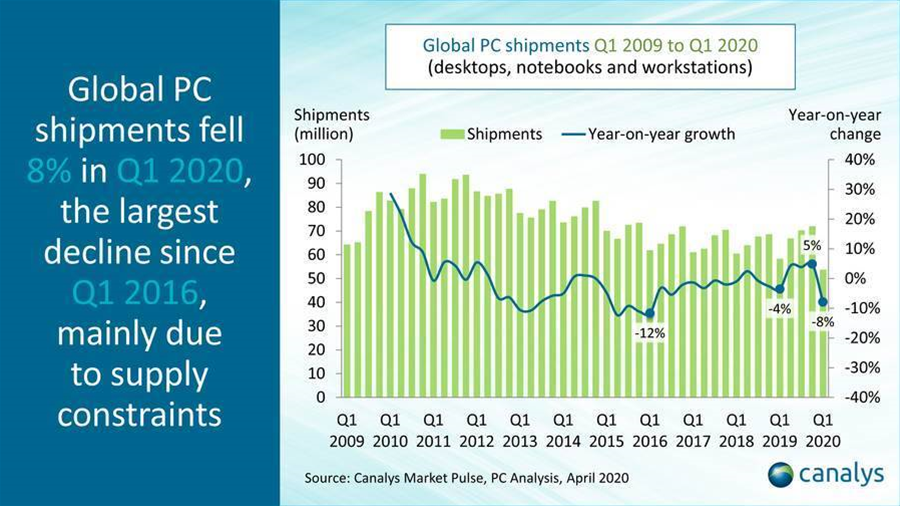 “The urgency of demand from both the consumer and commercial sectors, combined with the shortage of supply, meant device cost was no longer the key consideration. Instead, speed of supply was the most important factor,” Doshi said.

“This bump in demand may be short lived as many fear the worst is yet to come and this could lead to both consumers and businesses tightening spending in the coming months," Ubrani said.

On a per-vendor basis, the rankings remain stable with Lenovo, HP and Dell at the top, with Apple and Acer interchangeable for fourth and fifth place.

Canalys and IDC said Apple was hit the hardest with a 21 percent and 20 percent decline, respectively, while Gartner said the decline was closer to 6 percent, with HP as its worst performer with a 12 percent decline. 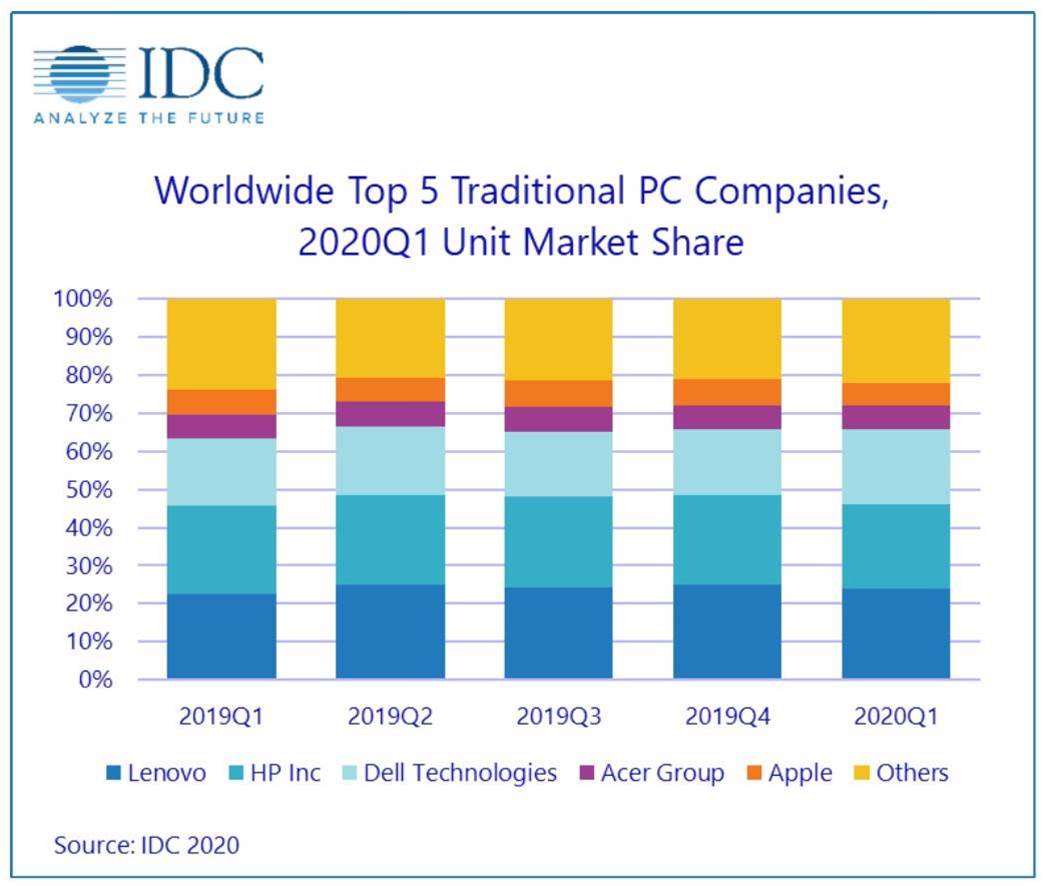 "Businesses that once primarily kept their users on campus will have to invest in remote infrastructure, at the very least, for continuity purposes,” Huang said.

“Consumers stuck at home have had to come to terms with how important it is to keep tech up to date. This should provide a steady, long-range tailwind for PC and monitor markets, among other categories."

AMD should also benefit from the Intel chip shortages, as the vendor becomes increasingly more accepted as “a competitive alternative” to Intel by businesses and consumers.

Canalys analyst Ishan Dutt said production constraints in China should have eased as we move into Q2.

“The spike in PC demand seen in Q1 is not likely to be sustained and the rest of the year looks less positive. Few businesses will be spending on technology for their offices, while many homes will have been freshly equipped,” Dutt said.

“A global recession has begun – businesses will go bankrupt, with millions newly unemployed. Even governments and large corporations will have to prioritize spending elsewhere. Many parts of the tech industry have benefited from the early part of this extraordinary lockdown period, but we expect to see a significant downturn in demand in Q2 2020. With factories now reopened and virtually up to full speed in China, PC vendors will face a challenge to manage supply chain and production correctly over the next three to six months.”