Proof that Aussies are world-beaters in cloud 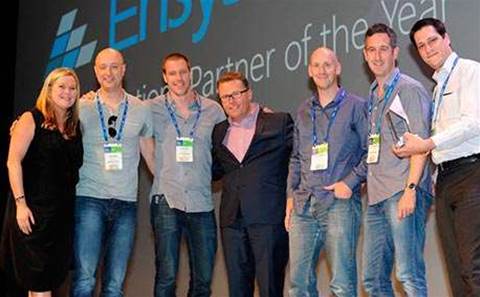 Three Aussie Microsoft partners have won at the global awards for cutting-edge projects on the Azure cloud platform.

The World Partner Conference (WPC) awards were announced overnight in the lead-up to the event in July in Washington DC.

Australian Microsoft partners have proved some of the most innovative developers for the Azure cloud platform, with three of the 46 awards going to local companies.

Cloud players dominated the local wins. There were four cloud awards on offer – and two of them went to Aussie companies, Sydney-based Ensyst and Sydney- and Melbourne-based Object Consulting.

The other local winner, Sydney- and Melbourne-based Breeze, took out the 'Application Integration' award for a project that was heavily based around Azure.

Another major winner at the year's awards was Sitecore, which clinched 'ISV Partner of the Year'. The global company's win was based on its project for AGL, which was on Azure, said Dean Swan, Microsoft Australia's director of Partner Strategy, Programs & Industry.

The biggest local winner was Ensyst, which took out both the coveted 'Cloud Excellence" award as well as country partner of the year, the second time in four years it has taken that trophy.

Ensyst's general manager, Nick Sone, told CRN this morning that the awards validated the company's decision to go all in with Microsoft. "We have built a business around being a leading-edge Microsoft integrator. It is awesome to win, but it is not a huge surprise: it is our business strategy."

He said Ensyst had been kicking goals with projects that integrated Office 365 with productivity applications running on Azure.

"Price is not the thing driving the decision [to move to the cloud]. It is a factor but not the most important. What customers want to get out of this is a stable, integrated platform they can rely on and that is what they can get from the cloud and specifically the Microsoft cloud."

Azure has been booming for Ensyst. "It would be fair to say that even 12 months ago, Azure service revenue was a rounding error. It might have been 1 percent or revenue; today it is more like 15-20 percent and next year it will be more like 50 percent. It is growing exponentially," added Sone.

One of Ensyst's most celebrated projects in the past year was its work with venerable Australian brand Hill Limited, moving the company onto Azure and rolling out Microsoft Surface tablets.

Ensyst has won more than a dozen Microsoft awards over the years, including being named country partner of the year in 2011 and now 2014.

"We have leveraged the cloud for that integration. We can actually give them business analytics at their fingertips in beautiful dashboards and predict what their patients are doing."

She said Breeze had commercialised the IP so it can be reused for other customers; the company is now working with Bupa's optical division, integrating systems that never previously spoke to one another.

The 2014 award was for Object Consulting's work with streaming media startup Xpreshon, which was one of the first apps to use both the Azure Streaming Media Service and Azure Live Streaming.

The company's national Microsoft practice manager, Kevin Francis, said it was noteworthy that all three Aussie winners at this year's WPC were in cloud.

"This is telling because even today the cloud is the platform for innovation, and it is through innovation that Australian companies are able to show ourselves on a world stage."