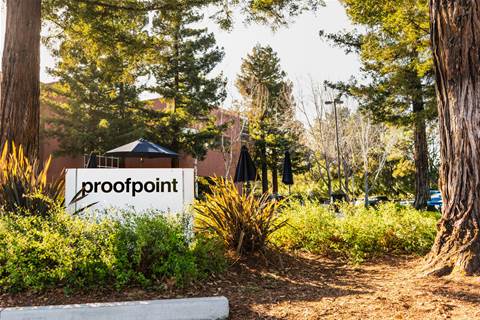 Proofpoint is significantly beefing up its channel team and offerings as part of its overall campaign to expand the company through organic growth.

The email security vendor is planning to hire hundreds of new sales and channel personnel over the coming year, said Joe Sykora, senior vice president of worldwide channels and partner sales, at Proofpoint.

In all, Proofpoint plans to invest 50 percent more money into its channel marketing in 2022, Sykora said, noting that 90 percent of Proofpoint’s current revenue comes via the channel.

“We’re a channel-first company—and we’re going to stay that way,” said Sykora said in an interview with CRN US.

And Proofpoint is most definitely looking to team up with new channel partners to work with and grow together, Sykora said.

As part of its expansion plan, Proofpoint has launched two partner specialisations—Security Awareness Training and Information Protection—that “give partners the ability to build a practice or managed service around our technology,” Sykora said.

For new partners jumping into any of these two Proofpoint specialisations, Proofpoint is ready to help them with an array of resources to help them grow their business, including joint marketing programs, Sykora said.

In addition to the two specialisation programs, Proofpoint has recently launched a new managed services program with a dedicated team helping current and potential partners to become MSPs, Sykora said.

Proofpoint’s push deeper into the channel comes at a time of major changes for the company.

In March, Ashen Willy, the former executive vice president and general manager of security products and services at Proofpoint, was named full-time CEO of the company, after the previous CEO and company founder, Gary Steele, resigned to become CEO of data platform giant Splunk.

Last year, Proofpoint was also acquired by Thoma Bravo, a private equity firm, in an all-cash transaction that valued Proofpoint at US$12.3 billion.

Meanwhile, before and after being acquired by Thoma Bravo, Proofpoint has been on an acquisition binge of sorts, buying Meta Networks for US$120 million last year and purchasing Dathena for an undisclosed sum earlier this year.