Proofpoint to be acquired by Thoma Bravo for US$12.3B 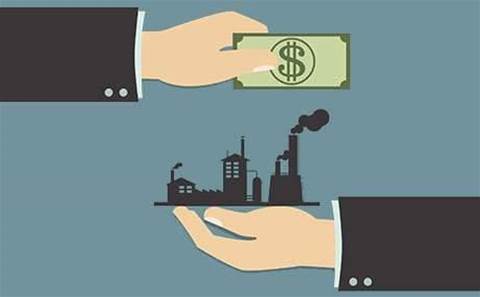 Private equity giant Thoma Bravo has agreed to purchase email security powerhouse Proofpoint for US$12.3 billion in the biggest cybersecurity acquisition of all time.

The Sunnyvale, Calif.-based company said the proposed acquisition will give Proofpoint the flexibility and resources needed to continue providing an effective cybersecurity and compliance offering. Proofpoint also expects to benefit from Thoma Bravo’s operating capabilities, capital support and deep sector experience. The deal is expected to close in the third quarter of 2021.

“We believe that as a private company, we can be even more agile with greater flexibility to continue investing in innovation, building on our leadership position and staying ahead of threat actors,” Proofpoint Chairman and CEO Gary Steele said in a statement. “Thoma Bravo is an experienced software investor, providing capital and strategic support to technology organizations, and our partnership will accelerate Proofpoint’s growth and scale at an even faster pace.”

Under the terms of the deal, Proofpoint shareholders will receive US$176 per share in cash, representing a 34 percent premium over the company’s closing share price Friday. The company’s stock is up US$42.22, or 32.04 percent, to US$174 per share in pre-market trading Monday. That’s the highest Proofpoint’s stock has traded since the company first went public in April 2012.

The transaction includes a 45-day “go-shop” period, allowing Proofpoint’s board to terminate the proposed acquisition by Thoma Bravo and enter a superior proposal from another suitor should an offer materialize by June 9. This is the biggest cybersecurity deal of all time, beating Broadcom’s US$10.7 billion buy of Symantec’s enterprise business, Intel’s US$7.6 billion purchase of McAfee and Okta’s US$6.5 billion buy of Auth0.

“As the sophistication of cyberattacks continues to increase, Proofpoint is delivering the most effective solutions to help organizations protect their data and people across digital platforms,” Thoma Bravo Partner Chip Virnig said in a statement. “We look forward to partnering with the talented Proofpoint team and leveraging Thoma Bravo’s significant security and operational expertise to help accelerate the company’s growth.”

Proofpoint also said Monday that revenue for the first quarter ended March 31 increased 15 percent to US$287.8 million, while the company’s loss for the quarter fell 32 percent to US$45.3 million, or 79 cents per share. The company’s revenue figure beat analyst projections of US$281.7 million, while Proofpoint’s loss figure fell short of analyst expectations of 61 cents per share, according to SeekingAlpha. The company declined to make an executive available to comment.

Proofpoint has made waves in the channel this year, bringing on ex-Bitdefender and Fortinet partner leader Joe Sykora to serve as the company’s first global channel chief as well as former Bitdefender North American channel sales leader Bill Bellano to serve as senior director of channel sales. The company has also expanded aggressively in recent years beyond email security and into adjacent fields via acquisition.

The company bought data loss protection MSSP InteliSecure for US$62.5 million in February; insider threat management platform provider ObserveIT for US$225 million in November 2019; Meta Networks for US$120 million in May 2019 to better protect people, applications and data; phishing simulation and training provider Wombat Security Technologies in February 2018 for US$225 million; and browser isolation startup Weblife.io in November 2017 for US$60 million.

Thoma Bravo had been extremely active in the cybersecurity space in the late 2010s, buying: storage and security player Barracuda Networks for US$1.6 billion in February 2018; security information and event management vendor LogRhythm in July 2018; application and data protection vendor Imperva for US$2.1 billion in October 2018; application security vendor Veracode for US$950 million in November 2018; and SMB platform security stalwart Sophos for US$3.82 billion in October 2019.

The private equity firm also bought a controlling stake in identity management vendor Centrify in July 2018, and three months later unveiled plans to spin the company’s Identity-as-a-Service business into a stand-alone operation called Idaptive. Thoma Bravo sold Idaptive to Centrify rival CyberArk in May 2020 for US$70 million, and sold Centrify to TPG in January, where the company is merging with Thycotic.