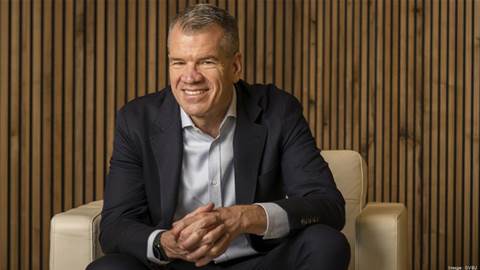 Splunk has landed Proofpoint founder and CEO Gary Steele as its next top executive to help the security and observability vendor further scale its business.

“Gary is a visionary leader whose software and cybersecurity expertise, deep understanding of SaaS and recurring revenue models, and unwavering commitment to driving innovation and customer success on a global scale will be invaluable to Splunk on our path to US$5 billion and beyond,” Smith said in a statement. “We’re thrilled to welcome Gary to the Splunk team.”

To lure Steele from Proofpoint, Splunk offered him a base salary of US$900,000, a cash signing bonus of US$8 million, and a target annual bonus of 125 percent his annual base salary. Steele was additionally granted US$12 million of restricted stock units with a four-year vesting period, and US$18 million of performance-based stock units that, if earned, will vest over three years, according to regulatory filings.

“I’ve dedicated my career to helping companies around the world safeguard their data, systems and infrastructure, and know firsthand how critical Splunk’s products and services have become,” Steele said in a statement. “Splunk is executing against a tremendous opportunity, and I look forward to working with the team to ensure the business reaches its full potential.”

Steele, 59, founded Proofpoint in November 2002, took the company public in April 2012 at a valuation of US$385.6 million, became chairman in 2018, grew Proofpoint’s workforce to 3,300 staff, and engineered the company’s US$12.3 billion sale to Thoma Bravo in August 2021. He will be replaced on an interim basis by Ashan Willy, 50, who currently oversees product management, engineering, and threat research.

Willy, 50, joined Proofpoint in December 2016 to lead global customer service, renewals and worldwide systems engineering, and was promoted in July 2020 to EVP and GM, Security Products and Services, where he’s responsible for the company’s email, threat intelligence and detection, authentication and response product lines. He received nearly US$3.4 million of total compensation from Proofpoint in 2020.

“I look forward to accelerating Proofpoint’s role as the trusted threat, compliance, and information protection provider at our customers,” Willy said in a statement. “Our plan is to continue to deliver world class technology, ensure customer success, and evolve our people-centric solutions to market needs, while driving profitable growth.”

The Wall Street Journal reported last month that networking giant Cisco put down a takeover offer for Splunk worth more than US$20 billion. The deal would create a security powerhouse that combines Cisco’s strength in network and identity protection with Splunk’s prowess in security operations. A deal would allow Cisco to better compete with Palo Alto Networks, which has network and security operations.

Cisco CEO Chuck Robbins responded to the rumors last month, saying: “We are always disciplined and continue to focus on organic and inorganic opportunities … You should expect us to continue to be very disciplined as we move forward.” Spending US$20 billion to buy Splunk would be the largest purchase in the networking giant’s 38-year history, which has featured nearly 240 acquisitions.

Grow your software revenue by selling these 5 affordable, essential tools for the modern workplace
By Michael Novinson
Mar 4 2022
8:37AM