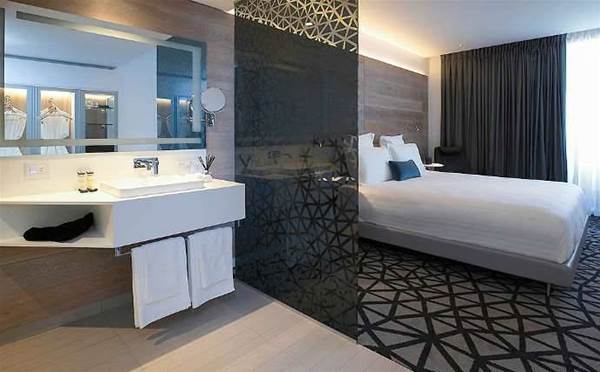 Alcatel-Lucent Enterprise (ALE), with the help of UXC Connect, and McLaren Technologies has deployed a combined cloud-based collaboration solution for the Pullman Sydney Airport Hotel, which opened this month.

The cloud-based collaboration solution is an integration of ALE's cloud solution and McLaren Technologies' cloud-based management service for voice Jazz.

ALE's OpenTouch Enterprise Cloud (OTEC) platform is managed by UXC Connect and McLaren Technologies was responsible for integrating the PABX component of OTEC into the hotel property management system.

By doing so, the 229 room-hotel, which only opened on 7 June, can separate the communications spending and bill customers for telephone calls, provide voicemail, as well as set auto wake-up calls and other features.

According to McLaren Technologies chief executive Matthew White, the commercial model of the solution is the difference: "It’s a progressive business model that charges on a consumption basis per occupied room per night."

By distributing the investment over many years, AccorHotels is able to reduce its upfront costs, according to ALE.

AccorHotels is also able to interface its administration and guest functionalities out onto the internet, which allows guests to use their own devices to access hotel services.

AccorHotels Group Australia director of IT business systems Daniel Marden said: "Our movement towards a cloud-based telecommunications system is quite innovative for the hotel industry here in Australia and it’s something we see as a true competitive advantage. As the hotel industry faces technology disruption and stiffer competition than ever before, it’s important that we too are embracing the power of technology."

This is the seventh deployment of the solution for AccorHotels in Australia and New Zealand following the implementations in Adelaide, Mackay, Newcastle, Brisbane and Sofitel Wellington.

The structure of the deployment protects the hotels from downturns and enables "rapid implementation for planned new sites with central and remote management", said Marden.

UXC Connect is part of UXC Group along with Red Rock, UXC Eclipse and UXC Oxygen. UXC Connect was the first company to win the CRN Fast50 Leader award registering the largest turnover, $217.3 million, of all the companies in the 2015's list. In February this year, CSC acquired UXC.