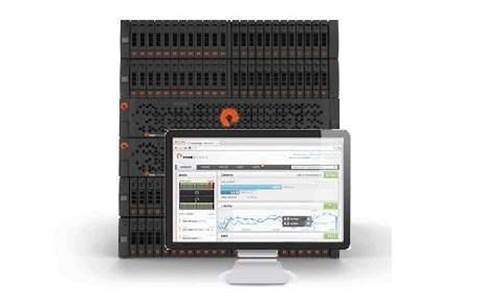 Strong sales pushed all-flash storage array vendor Pure Storage into record revenue territory and left the California-based company with plenty of cash to take it through to profitability.

Pure Storage got plenty of help from its indirect channel partners, which brought in about 80 percent of new customers during its second fiscal quarter of 2017, with the top five partners all driving triple-digit growth over last year, said CEO Scott Dietzen.

Investors loved the news, taking what had been lacklustre stock prices all day and helping them soar from less than US$12 per share to more than US$13.50 per share in after-hours trading. However, Pure Storage's share prices, which debuted in early October 2015 at US$16.01 per share, are still down significantly from its mid-October 2015 high of US$19.74 per share.

However, that revenue growth was not yet enough to bring the company to profitability. On a GAAP basis, Pure Storage lost US$63.8 million, or US$1.89 per share, in the second fiscal quarter of 2017, down from last year's loss of US$59.6 million, or 31 cents per share.

Dietzen, speaking at the company's quarterly financial analyst presentation, said Pure Storage's fourth quarter as a public company turned out to be a good one.

"At a time when many of our competitors are shrinking, our growth shows customers are looking to reduce complexity," he said.

Dietzen said that Pure Storage has about US$570 million in cash and zero debt, giving the company a good base on which to grow to profitability.

Pure Storage has three key differentiators, Dietzen said. The first is effortless deployment, as evidenced by one large unnamed customer who has a single administrator handling more than 50TB of capacity compared to 15 people before Pure Storage was implemented.

Pure Storage offers efficiency, and next year expects to put 1 petabyte of capacity in the space of two pizza boxes, he said. And the company offers "evergreen" storage upgrades with no disruption of existing operations.

More than 25 percent of Pure Storage's business comes from customers with SaaS, IaaS or consumer cloud business models, he said.

A highlight of the quarter was sales of the company's new FlashBlade all-flash solution for unstructured data, which was released in March. Dietzen said that while third-quarter sales were immaterial, he expects this business to grow to be as big as the company's other all-flash storage solutions in a couple of years.

Tim Riitters, Pure Storage chief operating officer, said the company started the quarter with about 1,500 people, and ended with about 1,600 people.

When asked during the question-and-answer phase of the financial conference call about HPE's announcement the day before that it was stocking up on NAND supplies to weather a potential NAND shortage, Dietzen said his company has strong strategic partnerships with leading NAND vendors as well as leading dedupe and compression technology that ensure customers need less capacity than they might think.

"That insulates our customers and partners from any issues in production. … We have supplier contracts built into our business," he said.

Grow your software revenue by selling these 5 affordable, essential tools for the modern workplace
By Joseph F. Kovar
Aug 29 2016
6:43AM