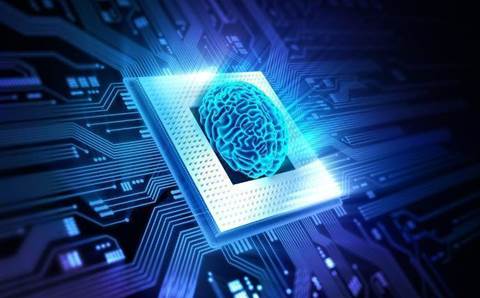 All-flash storage vendor Pure Storage and high-performance GPU-based computing developer Nvidia have collaborated on the development of a purpose-built artificial intelligence-ready system that will be available exclusively through channel partners.

AIRI, or Artificial Intelligence Ready Infrastructure, was introduced this week at the Nvidia GPU Technology Conference in California.

The new AIRI system combines Pure Storage's FlashBlade all-flash storage array for unstructured data, the Nvidia DGX-1 GPU-based platform for AI, and a new Pure Storage software for scaling the system to up to four nodes.

"AIRI was built for enterprises wondering how to get into AI," Burr told CRN USA. "It is technology born of hyperscalers and high-performance computing, and looks at data scientists as users."

AIRI is targeted specifically at ensuring data scientists have the data they need to be productive, Burr said. Unlike in the traditional enterprise world, where the focus is on writing code for serial processing, data scientists work with neural networks and parallel processing, he said.

"We're going to use the petabytes of data in data lakes or collected by IoT to help them make decisions about what code to write, or what cars to drive, or what coffee to make in the morning," he said.

AIRI is based on the Pure Storage FlashBlade, which the company said was architected for modern analytics and AI, along with up to four Nvidia DGX-1 supercomputers which can deliver up to 4 petaFLOPS of performance with Nvidia Tesla V100 GPUs.

"We're taking racks of compute and storage, and compressing it all into a single rack," Burr said.

Just connecting racks of compute and storage is not enough for AI, as most AI research is done with a single server which prevents them from being used by multiple users, Kim said. Furthermore, he added, single server offerings would see bottlenecks between the servers and the storage.

"Today, an AI research running on a single PC or server can wait for a month for a simulation," he said. "Our AIRI scaling toolkit lets a single job scale across up to four supercomputers to provide up to four times the performance. This provides the headroom for our FlashBlade to do more."

AIRI is a channel-only offering, given that Pure Storage only works via channel partners, Kim said. It will be jointly marketed by both Pure Storage and Nvidia, he said.

Kim said Pure Storage and Nvidia were open to working with more channel partners on AIRI. Partners would need to be certified on the Nvidia DGX-1 with expertise in deep learning, and be a certified Pure Storage partner, he said.