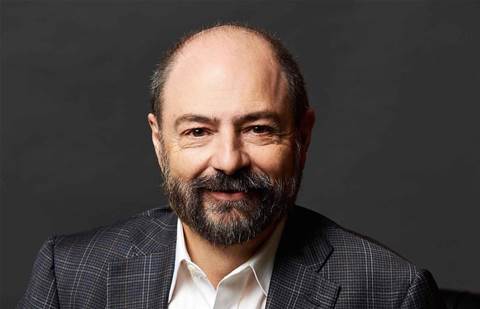 Pure Storage Thursday has delivered on its promise of full fiscal year of profitability, and told investors to watch for more to come.

The all-flash storage vendor also said that it continues to take market share not only in flash storage, but in the storage market as a whole.

Chairman and CEO Charlie Giancarlo said in his prepared remarks ahead of the company's full-year fiscal 2019 analyst conference call that year demonstrated that the company has continued to show strength in a number of areas.

These include continued strength in Global 2000 and the 2,000 top cloud clients, an increase in international business with 28 percent of revenue coming from outside the USA, the introduction of new hybrid cloud offerings, and the fact that over 80 percent of the company's products shipped with high-performance NVMe-based storage.

"And we delivered our first full year of profitability, which will continue to grow in the years to come," he said.

Pure Storage also saw strength in its new Evergreen Storage Service, or ES2, the company's Storage-as-a-Service offering for hybrid clouds, Giancarlo said. The growth of ES2, which is a subscription service, is important as the company continues to expand its cloud-related business, but will have somewhat of a negative impact on overall revenue in the near term, he said.

The first is hybrid cloud, where customers are looking to move more data between clouds and on-premises infrastructures, he said. He cited the company's introduction in November of Cloud Block Store for AWS, which allows the company's storage software to run natively on AWS for managing block data across on-premises and Amazon Web Services cloud environments, as part of its push in this segment of the business.

The second is the fast consolidation of compute and data architectures, which Pure Storage addressed last month with the introduction of its DirectFlash Fabric technology, Giancarlo said. DirectFlash Fabric is the company's implemention of NVMe-oF RoCE, or NVMe over Fabric with RDMM over converged Ethernet.

The third is artificial intelligence and analytics, Giancarlo said. The company became an early leader in this area with the introduction last year of its AIRI, or Artificial Intelligence Ready Infrastructure, which combines its FlashBlade all-flash storage array for unstructured data, the Nvidia DGX-1 GPU-based platform for artificial intelligence, Arista or Cisco networking, and new Pure Storage software for scaling the system to up to four nodes.

The fourth is fast restore, which Giancarlo said the company is emphasizing over traditional backups because of the importance of bringing data back online as quick as possible. The company addressed this with last month's introduction of its new ObjectEngine all-flash data protection platform aimed at replacing disk-to-disk-to-cloud backups with flash-to-flash-to-cloud.

Pure Storage President David Hatfield, in his prepared remarks, told investors that the company added about 400 new customers in the fourth quarter, and almost 1,500 new customers for all of fiscal 2019, giving it a total of 5,850 customers.

The company, which has a channel-only model, has also seen its partner ecosystem continue to grow, with it largest national partners increasingly leading with Pure Storage, Hatfield said.

The company has signed several large global systems integrators in the past year, including Accenture, DXC Technology and HCL Technologies, and earlier this week signed an agreement with Rackspace to launch a new Rackspace block storage solution using Pure Storage technology, he said.

"The fundamentals of our business remain strong. … We continue to take share in the overall storage market," he said.

During the question-and-answer part of the financial analyst conference call, Hatfield said that Pure Storage is showing year-over-year growth of 30-plus percent, while some competitors are in low-digit growth or are showing no growth.

The company's business will continue to strengthen with the new technologies it has introduced, including NVMe-oF RoCE, Cloud Block Store for AWS and ObjectEngine, Hatfield said. "The combination of all that has never been stronger," he said.