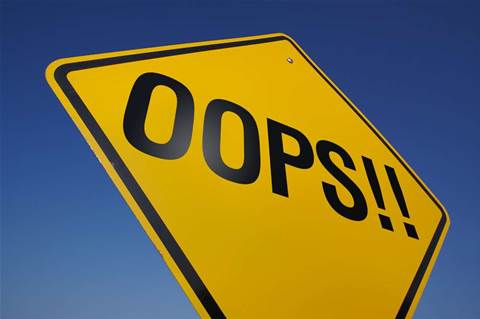 Pure Storage said that not meeting third fiscal quarter 2020 revenue expectations and providing lower guidance for its fourth quarter can be attributed to softer storage prices and macroeconomic headwinds.

However, the company still showed what might otherwise be considered healthy revenue growth and said it expects several new cloud-focused and all-flash storage technologies introduced during the recent Pure Accelerate conference to lead to growth going forward.

While Pure Storage's revenue during the quarter grew by about 15 percent year over year, which was significantly faster growth than that of its major competitors and the market as a whole, there were headwinds that held the company back, CEO Charles Giancarlo said late last week during his prepared remarks to financial analysts.

"Continued pricing declines, which were higher than we expected, accounted for the gap to our revenue expectations at the beginning of the quarter, although we are also seeing signs of a more challenging global business environment as commented on by other large infrastructure suppliers," he said.

Giancarlo, however, was optimistic about the company's financials, noting that Pure Storage during the quarter achieved all-time-high gross margins of 71.7 percent, which was above its guided range of 66 percent to 69 percent; operating margin of 6.8 percent, which was at the high end of its guided range; a US$59 million increase in its cash position over the previous quarter; free cash flow in the quarter of $43 million; and deferred revenue of $643 million, which was up 39 percent year over year.

Investors, however, were not so optimistic. Share prices Friday fell to as low as $15.80 per share, compared with their Thursday close of $19.85. Later in the trading day, however, prices had risen to $16.68 per share, which was down about 16 percent from Thursday's close.

Giancarlo, in response to an analyst question about why revenue growth did not meet expectations, said that Pure Storage sold the expected number of units but was impacted by falling prices.

"[Pricing issues] made up for all of the miss," he said.

When the same analyst wondered whether customers might get acclimated to falling prices, Giancarlo said he hopes they do.

"It's good when customers get acclimated to the new pricing because it allows elasticity to take place and to penetrate," he said. "Remember, flash is less than 20 percent of the overall storage market volume by bits [sold]. It's 30 percent by dollars, but less than 20 percent by bits. So as pricing goes down, we get to take up more of the magnetic [disk] market. The issue is, when pricing drops so quickly in an individual quarter, the market doesn't catch up on elasticity."

Pure Storage saw a double-digit drop in pricing in the last two quarters, Giancarlo said. "That's just very unusual," he said. "It was obviously difficult to predict that sort of thing. And it's not normal. Now that pricing is where it is, that bodes well for volume as we go forward. And it can't continue to drop at that rate."

When asked by another analyst what macroeconomic issues Pure Storage faced during the third fiscal quarter, Giancarlo that when macroeconomic headwinds first appear, it is typically enterprise customers who slow down their buying first.

"By 'slow down,' I just mean second look, longer buying cycles, etc., and we have seen some of that," he said.

"We're seeing things that we think of as Brexit, the trade tensions with Asia," he said. "Those are the things where we saw more slowdown than the other areas, and that indicated a little bit of a global economic headwind."

Giancarlo also used his prepared remarks to say that David "Hats" Hatfield, who has served for several years as Pure Storage's president, is transitioning to a new role as vice chairman and president emeritus and as a strategic adviser, where he will report to Giancarlo.

"Hats is moving into a role where he can leverage his passion: focusing on delivering Pure’s value and vision to new customers and partners, globally," Giancarlo said.

Pure Storage will not be hiring a new president, a company spokesperson told CRN.

"[Paul's] deep knowledge and experience make him the right person to drive Pure’s next stage of growth and extend our market leadership," he said. "Paul assumes responsibility for all go-to-market activities, including sales, channels, alliances, and marketing as well as customer experience including support and professional services."

Pure Storage is also getting a new chief financial officer, Kevan Krysler, who is slated to join the company in early December, Giancarlo said. Krysler most recently served six years as VMware's chief accounting officer, and before that was a partner at KPMG. He is stepping into the role previously held by Tim Riiters who previously said he planned to depart.

"These changes and additions to our team will set us up for an incredibly successful second decade," he said.

Hatfield, during his prepared remarks, said he will remain with Pure Storage for the foreseeable future to help in the transition, planning and strategy.

"While my role is changing, what will never waver is my excitement and enthusiasm in our ability to make an impact on our customers every day," he said. "We are as optimistic as ever to execute on our long-term vision to deliver the modern data experience and provide freedom for organizations to build for today and tomorrow. We truly are just getting started."

Giancarlo used his prepared remarks to highlight some of the key new offerings introduced at September's Pure Accelerate 2019 conference that he said will help the company see growth in the future.

These include VM Analytics Pro, a new tool to help customers more efficiently map their infrastructure to intelligently discover and resolve issues; Cloud Block Store on AWS to help enterprises migrate applications to and from the public cloud; FlashArray//C, which he called the industry's first capacity-optimized all-flash array; DirectMemory Cache, which combines the Purity operating system and Intel Optane storage-class memory for a software-based performance accelerator for the company's FlashArray//X arrays; improved flash storage-based AI arrays and services; and Pure as-a-Service that lets customers choose to purchase storage or consume it as a service.

For its third fiscal quarter of 2020, which ended Oct. 31, Pure Storage reported revenue of $428.4 million, up about 15 percent from the $372.8 million the company reported for its fiscal third quarter 2019. That was about $12 million less than analysts had been expecting, according to Seeking Alpha.

Earnings per share on a GAAP and non-GAAP basis both beat analyst expectations by 4 cents per share, according to Seeking Alpha.