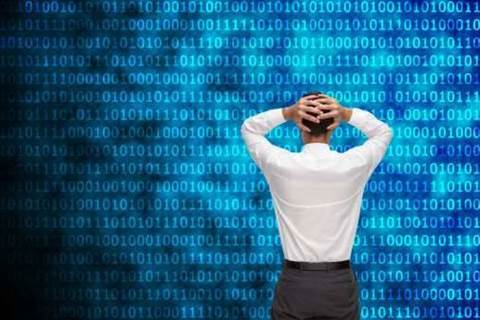 “Today, to do analytics with on-prem data, a customer has to migrate the data to Snowflake in the cloud before they can take advantage of data warehousing,” Lee told CRN. “But customers have data from a variety of sources, all of which have different governance requirements. They want to benefit from queries in the cloud, but many can’t get past regulatory concerns of holding data in the cloud.”

With the new strategic relationship, the Snowflake compute engine can be pointed directly at Pure Storage’s FlashBlade file and object storage array and immediately benefit from the ability to avoid compliance issues and increase security without the need to migrate data, Lee said.

“There’s no need to migrate a copy of any of the data to Snowflake, which would then mean having an extra copy of the data which increases security risks,” he said.

Lee declined to compare the two storage vendors’ offering, but instead said that Pure Storage’s FlashBlade was built from the ground-up as a high-performance file and object storage technology that has already proven itself for on-premises storage..

He also said FlashBlade is known for its reliability, and that there is a large overlap between Pure Storage and Snowflake customers.

The relationship seems to meet the needs of several customers, said Jeanne Blachowicz, senior director of sales and sales operations at AE Business Solutions, a Madison, Wisc.-based solution provider that works with both Pure Storage and Snowflake.

“Customers are really trying to understand how costs scale as they migrate data to Snowflake,” Blachowicz told CRN. “Pure Storage’s FlashBlade is a mature product. Together it’s a good way to work with Snowflake without shifting data to the cloud.”

Snowflake is often a “land and expand” situation where a customer runs a pilot program to see how it works and then expands from there, Blachowicz said.

“Snowflake is interesting in growing its workloads,” she said. “But migrating data to the cloud to work with Snowflake might be an objection from customers concerned about cost and governance issues related to the cloud.”

Lee said the joint technology between Pure Storage and Snowflake is not being offered as a SKU, but instead will be sold more as a meet-in-the-channel motion. The sales lead will be more on the Pure Storage side, but customers can come at it from either side, he said.

While Pure Storage is 100 percent channel-focused, Snowflake has both direct and indirect sales. Lee said that in the case of a deal developed by Snowflake directly, the Pure Storage FlashBlade side will go to a channel partner.

The new Pure Storage and Snowflake relationship is just the first step in the companies’ strategic partnership, Lee said.

Lee declined to discuss specific developments planned after this initial launch but said he could see Snowflake looking to push additional compute to the FlashBlade array for customer environments with very large data sets. He said Snowflake could also look to expand to more use cases with Pure Storage which works with a variety of workloads including relational databases, unstructured data, video data, and more.

“These are all things in the ‘idea factory,’” he said.

A public preview of the joint technology is slated to start in the second half of 2022.

Grow your software revenue by selling these 5 affordable, essential tools for the modern workplace
By Joseph F. Kovar
May 12 2022
10:07AM