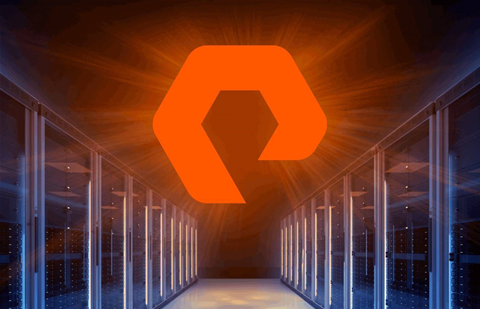 All-flash storage technology developer Pure Storage on Tuesday unveiled new higher-capacity versions of its QLC DirectFlash modules the company claims will allow it to offer low-cost all-flash storage arrays for enterprise workloads with up to 5.2 petabytes in a 6U form factor.

QLC is a consumer-grade of flash storage that allows the building of storage arrays and SSDs which offer relatively high performance at a significant cost advantage compared to other types of flash technology. However, its use in enterprise storage has been limited because of relatively high latency and faster rates of flash memory cell degradation.

Pure Storage last year addressed the need for lower-cost flash storage with the introduction of its FlashArray//C, its first QLC-based all-flash storage array and still one of the few in the market.

FlashArray//C is targeted at a wide range of applications traditionally done by hard drive-based arrays including disaster recovery, test/dev, and some primary storage. Rather than standard QLC-based SSDs, the arrays use Pure Storage‘s proprietary NVMe-based DirectFlash modules which were designed to communicate directly with the QLC NAND memory to extend the life of the flash for enterprise environments.

Pure Storage Tuesday unveiled two new DirectFlash modules, one with capacity of 24.7 TBs, and the other with 49 TBs, making them among the highest-capacity QLC devices in the market, said Scott Baker, vice president of product marketing for the company‘s Flash Array product line.

The expansion of Pure Storage‘s DirectFlash module line is not only aimed at moving the storage market from either the hard-drive-based or the hybrid flash and hard drive storage market, neither of which Pure addresses, but at consolidating new workloads to lower-cost flash storage without the need for work arounds to the technology, Baker said.

“We‘re not just going cheap and deep,” he said. ”We don’t want a lot of gimmicks to deliver QLC, such as the use of storage-class memory as a cache. We get rid of the gimmicks to deliver both performance and capacity. Every DirectFlash module has DRAM to support performance, but the entire array has bit-level access to QLC.”

Pure Storage‘s FlashArray//C line have been targeting data protection and data repository use cases, but customers are looking at how to use it for workload consolidation, Baker said.

“Customers may now be able to run two or three different workloads, or put in place a hub-and-spoke environment by moving backup data between arrays with our partner Veeam,” he said. ”We are also starting to see it used in more container-based workloads and test-dev environments thanks to our partnership with Actifio.”

Grabbing the hybrid cloud opportunity with Lenovo and Azure Services
By Joseph F. Kovar
Aug 26 2020
6:27AM