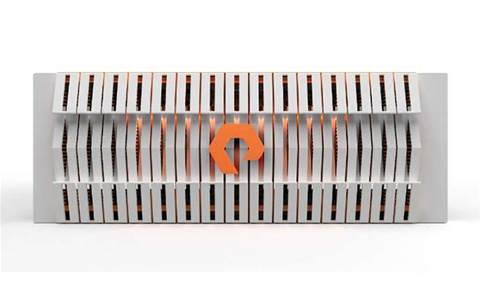 The new solutions, which were introduced Monday prior to the opening of the Pure Storage Pure//Accelerate 2016 conference, are all about expanding the flash storage market, said Matt Kixmoeller, vice president of products for the vendor.

"To date, the focus on all-flash arrays has been in larger data centres for virtual machines and high-performance applications," Kixmoeller told CRN USA. "We want to bring it downmarket and bridge it to the realm of unstructured data."

The Pure Storage FlashBlade is a combination of high-performance all-flash storage and the software needed for cloud-scalable, unstructured data platforms, Kixmoeller said.

FlashBlade scales to a total of 1.6 petabytes in a 4U form factor with 10 GBps performance, he said. Customers can choose either 8 TB or 52 TB blades, and mix and match in the chassis, he said. Using 52 TB blades for maximum capacity, the price-per-usable GB comes down to less than US$1. The performance comes from the integrated low-latency, 40 Gbps software-defined networking.

On the software side, the Pure Storage FlashBlade includes a scalable solution for supporting NFS and Amazon S3 object storage data, with CIFS support coming in the future, Kixmoeller said. "It's a full-on storage software stack."

The Pure Storage FlashBlade scales out for unstructured data with a balance of performance and economy, including the use of raw flash instead of SSDs to simplify the hardware, he said. But it does so in an efficient manner, using only 1,300 watts per petabyte.

The Pure Storage FlashBlade is currently in limited availability via the company's early access program, with direct availability slated to start in the second half of 2016.

Pure Storage is also looking at building a market in the entry-level flash storage business with the introduction of its new FlashArray//m10, which is available in either 5 TB or 10 TB raw capacity configurations, Kixmoeller said. With compression and deduplication, usable capacity is 15 TB or 30 TB, he said.

Pricing starts at less than US$50,000, including a full year of support, for the 5 TB model. However, with Pure Storage's Evergreen Storage program, customers can upgrade the FlashArray//m10 to larger models.

"We're lowering the price barrier to let more customers dive into the world of all-flash arrays," he said.

They include new solutions architected for SAP HANA and Microsoft SQL, as well as a new Cisco Validated Design for virtual desktop infrastructures of up to 5,000 seats. The company also introduced FlashStack Mini for VMware and Hyper-V environments based on the FlashArray//m10 and the Cisco UCS Mini entry-level UCS solution.