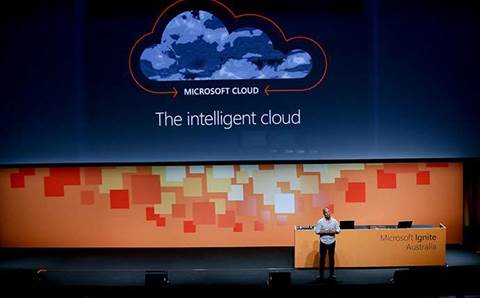 PwC Australia and AGL are among a string of high-profile corporate and government organisations that have signed up for Microsoft Azure cloud services.

Microsoft revealed the customers at the Ignite Australia event on the Gold Coast, where it announced the number of Azure customers in Australia has quadrupled since it launched local data centres.

While startups, SMBs and ISVs accounts for 40 percent of Azure revenue, large organisations are also climbing onboard. In addition to PwC and AGL, new customers also include the Department of Western Australia Sport and Recreation, QBE and healthcare data company Epic Digital.

The 6,000-person PwC is using Azure as one component of its hybrid approach. Having local data centres was a key criteria in the decision, as was PwC’s global relationship with Microsoft, said PwC chief information officer Pierre A Legrand.

Office 365 is part of PwC’s “conversation” with clients in the financial services area, he said, while the firm will use Azure virtual machines in some instances.

Meanwhile, AGL has released iOS and Android apps for residents to track electricity usage, using an Azure API to scale with demand. Over the past 12 months, AGL has moved its development and testing systems from a combination of on-premise and privately-hosted virtual machines onto Azure.

The aim is to get AGL’s disaster recovery and performance test environments into the cloud once AGL has worked through security and capacity requirements.

“When we get these running effectively with robust security then we will have paved the way for an end-to-end Azure cloud environment for our core billing, CRM and Digital systems,” said AGL’s head of IT for energy markets, Shaun Code.

Meanwhile, QBE has moved to Azure for testing and development and using Azure for analytics. The Department of WA Sport and Recreation is using Azure to provide an environment for authentication and single sign-on for Office 365.