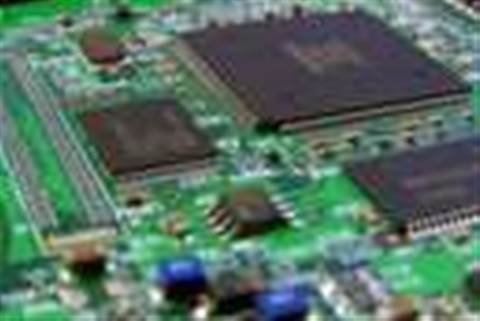 The microprocessor market saw modest growth in the third quarter, largely due to weak demand, according to an analyst firm.

Unit shipments and revenues increased 2.1 percent and 2.5 percent respectively, when compared to the second quarter of 2010, an IDC report showed.

Shane Rau, a director of research at IDC, said demand for processors was particularly weak in July and August.

“And, when they cut their PC build orders, like they did in late 2Q10 and the first half of 3Q10, not only did they cut their processor orders, they caused their contract manufacturers to cut orders for commodity components. The whole supply chain is skittish."

Intel remained far ahead of the pack, with an 80.4 percent unit market share, although it did experience a slight loss of 0.3 percent.

AMD, meanwhile, took a 19.2 share, achieving a gain of 0.2 percent as little shifted in the industry.

Despite the slow third quarter, IDC believes the market would pick up in the coming months.

“We believe that the fourth quarter of 2010 will be a decent quarter," Rau added.

"And we reiterate that the second half of the year will be seasonal given the early build for Intel's Sandy Bridge and AMD's Fusion architecture launches.”

A recent Gartner report also predicted good times to come, but in the enterprise IT segment in Europe, the Middle East and Africa (EMEA).

The analyst firm said it expected to see the sector rebound in 2011 after two years of decline.