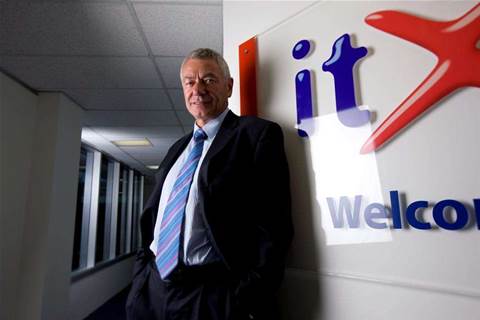 Laurie Sellers, itX chief executive has told CRN that he plans to stay on with Avnet if the proposed acquisition of itX by Avnet gets shareholder approval.

Today, Sellers speaks to CRN's Negar Salek and also details why Avnet is the "best fit" for itX over other distributors in the country.

CRN: Avnet has made its offer, where to now?

Laurie Sellers: There's lot's to do, but it's more for the itX shareholders.

This transaction has been set up as a Scheme of Arrangement and that means we have to prepare a Scheme booklet to explain all the ins and outs of the proposal, the pros and cons, and it will contain an assessment by an independent expert. The booklet itself is a little bit like a prospectus for an IPO all over again and it describes the business.

Once that's prepared, it has to get court approval and then we have to hold a shareholders meeting. There is a notice period to be served for that, and then at the meeting there will be a voting process. If the majority of the shares get voted in favour, then it goes back to court again for approval and assuming they give their approval the acquisition becomes effective.

All of that will take four or five months.

CRN: How would a merged company impact distribution in Australia?

LS: I don't think this will make an incredible difference in the market other than some consolidation. As it turned out we don't have an awful lot of overlap in our product sets, but yet when you bring the products together there is a complimentary nature between some of them. For example Avnet is very big with IBM hardware and we're very big with IBM software, so we can bring those two together.

And Avnet of course is one of Sun's largest distributors in the world, except that they don't have any of it in Australia, so it kind of makes sense to bring these things together.

I think from all the distributors we could've been acquired by, this is probably one of the best fits.

CRN: Where would a merged itX, Avnet business sit compared to other global giants in Oz?

LS: Synnex has quite a large turnover, Express Data and Ingram as well. I think it would definitely be in the top five [distributors] in the country. Avnet's current business is about the same size as ours in Australia. They're growing non-organically, that is their strategy in other regions as well.

CRN: What would happen to itX's other business divisions?

LS: ICO and Briell are both certainly in the IT market albeit slightly different. Sydmed is a little bit different - it is technology related, but in the medical market. Interestingly, Avnet has a very strong presence in the medical market in other parts of the world - so there was a fit there as well.

CRN: Sounds like itX was being set up for this acquisition?

LS: We've just taken these things in our stride as they come. When we first did the management buyout we weren't even sure if we should list or not. And it took us three years to decide on doing that. We never had an objective to be acquired. But when we had the objective put on the table it was just something you can't not go and ask the shareholders.

LS: I doubt there will be a big change; vendors are very precious, we've got extremely good relationships with our key vendors and that will continue. We're bringing the two businesses together not to do less but to do more.

CRN: Will you stay on in the company?

Grabbing the hybrid cloud opportunity with Lenovo and Azure Services
By Negar Salek
Aug 17 2010
9:48AM