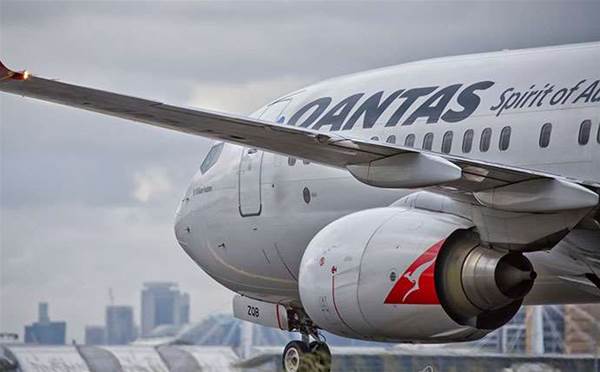 Qantas is moving tens of thousands of users to Office 365 in what is one of the biggest deals ever seen in Australia for Microsoft's cloud productivity suite.

The national carrier tapped Microsoft partner Kloud, which was acquired by Telstra in January, for the migration, which is understood to cover all of Qantas' approximately 30,000 employees.

Qantas has been on a journey to modernise its productivity systems for years. Fujitsu won a deal with Qantas in 2010 to host up to 20,000 Exchange users as the carrier ditched IBM's Lotus Notes system. Six years later, remaining Lotus Notes users inside Qantas are moving to Office 365.

It is understood the airline will migrate away from incumbent hosting providers Fujitsu and IBM. Shifting to Office 365 will allow Qantas to cut costs by decommissioning on-premises servers and storage, according to a blog post on Microsoft's global site.

Qantas actually indicated its intention to move to Office 365 in 2012, telling CRN's sister title, iTnews, that users would be hosted on both on-premise Office and the software-as-a-service edition. The airline was still mapping out its cloud strategy in 2014 and this year is expected to complete the migration of the qantas.com website to Amazon Web Services.

The carrier is also shifting its HR systems to the cloud, with the Australian Financial Review revealing overnight that Qantas had signed a deal with Workday, a software-as-a-service rival of Oracle and SAP.

Qantas' move to Office 365 is particularly significant given the depth of the airline's consumption of the Microsoft cloud stack. A blog post revealed the extent of this usage: Qantas expects to use Enterprise Mobility Suite (EMS), Sharepoint Online, Microsoft Delve, Yammer, OneDrive for Business and Skype for Business.

“The breadth of programs available within Microsoft cloud services was a defining factor in our decision to adopt it,” said David Pizzey, manager, centre of excellence, network and end user services at Qantas. “We are keeping up with our employees’ expectations for personal productivity tools. Office 365 is evolving so quickly that there is no longer a lag between consumer products and enterprise-focused tools.”

While the value of the deal is undisclosed, Qantas revealed it had opted for the Office 365 ProPlus subscription, which carries a retail price of $19.14 per user per month.

Kloud's parent, Telstra, did not immediately respond when contacted by CRN, so the exact structure of the contract is unclear. Kloud positions itself as a flexible option for consuming Microsoft services, allowing customers to scale up and scale down based on changing needs.

This kind of flexibility allows organisation to keep a lid on licensing costs as staffing numbers go up or down, for instance, due to cutbacks. In 2014, Qantas cut 5,000 staff amid its worst results in two decades.

Getting off Lotus Notes

The first move for Qantas has been to get employees off the legacy Lotus Notes system, hosted by IBM, which was part of a "paper-based, traditional, top-down corporate communications" approach.

"Many employees did not have a corporate email address. Administrative staff stored and accessed documents on local file shares, which limited data sharing between departments. Cabin crew and pilots received information via paper notices, posters in crew rooms, and face-to-face meetings," according to the blog post.

Qantas is accessing Microsoft's Click-to-Run service to move 8,000 users to Office 2016 in the next six to nine months. Click-to-Run is a streaming and virtualisation technology that reduces the time required to install Office and allows employees to run multiple versions of Office on their computers.

“Office 365 ProPlus and Click-to-Run provides monthly updates, which saves IT staff huge amounts of time and provides us with new tools and capabilities, without disrupting employees,” said the airline's CIO, Luc Hennekens. “Gone are the days where we manually refreshed Microsoft Office every five years.”

The carrier also turned to Kloud to build its employee intranet, dubbed 'The Terminal', on Sharepoint Online. Front-line employees have been encouraged to share ideas on this intranet, leading to everything from new recycling initiatives to playing holiday carols on inflight music.

Qantas has indicated its appetite to utilise one of the newer, lesser-known parts of the Microsoft cloud stack, Delve. "We are reducing emails and creating a self-service culture where finding answers is as easy as searching for it on our intranet,” said Pizzey. “Microsoft Delve surfaces personalised content across Office 365, making it a great tool to search for information, and it even helps you make connections with areas of interest you might not even know existed."

Skype for Business allows the carrier to connect across its Australian and international office via instant messaging and video conferencing. Qantas has employees in "airports, hangars, cockpits, aircraft cabins, and offices in 100 locations around the world", said Hennekens.

Cabin crews can use Yammer onboard to resolve customers complaints – for instance, if a aircraft gets assigned the wrong meal, the issue can quickly be escalated to the leadership team without the need for emails, fax and long-distance phone calls.

Kloud was recognised for the mammoth project at the Microsoft Australia Partner Awards on the Gold Coast, where it won the category for excellence in managed services, along with a second award going to account manager Harris Schneiderman for excellence in solution sales specialisation.