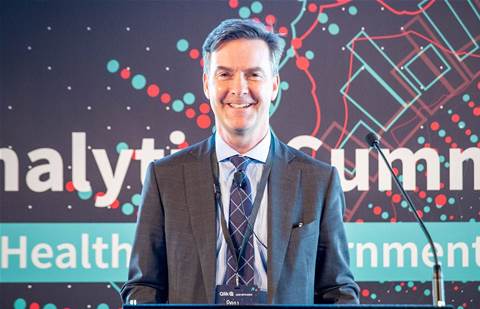 Named ANZ country manager, Leahy will be based in Melbourne and take responsibility for driving Qlik’s go-to-market strategy in ANZ. The executive joined Qlik in 2015 from Oracle, where he had most recently served as ACT general manager.

Leahy said he was delighted to take on the country manager role, the first time the vendor has used the title for the ANZ reason.

“As organisations today deal with more data than ever,  there will be many opportunities for our customers to unleash new insights using our end-to-end platform which includes data integration, user-driven business intelligence and conversational analytics,” he said.

“I look forward to leading Qlik ANZ through its next phase of growth and working with our team to accelerate business value for our customers.”

Qlik’s senior vice president for APAC, Geoff Thomas, congratulated Leahy and remarked on the contribution he had made to the local growth push thus far.

“His business acumen, leadership skills and ability to deliver high-value solutions to customers are second to none,” Thomas said. “There’s no one better suited than him to lead our business and team in ANZ, which is one of the most important markets for Qlik globally.”

Sharryn Napier, who was Qlik’s Australian and New Zealand vice president and regional director up until April this year, left to become the first ANZ boss of New Relic, an application performance management software vendor.

Grow your software revenue by selling these 5 affordable, essential tools for the modern workplace
By Staff Writers
Apr 24 2020
11:46AM