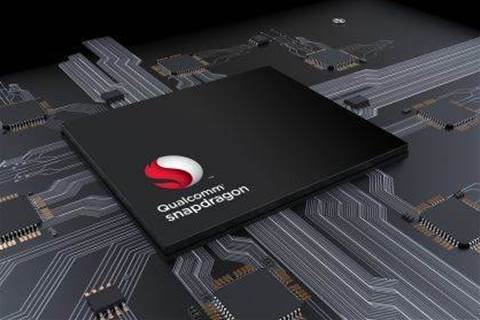 Qualcomm has its eye on Intel's PC market, if rumours around a new Qualcomm Snapdragon 1000 are to be believed.

Unlike the Snapdragon 835-powered devices, and the newly-announced Snapdragon 850 chips, the Snapdragon 1000 isn't simply a repurposed mobile chip - it's an entirely new, fit-for-purpose processor. By building it from the ground up for PCs, Qualcomm can use its expertise in mobile chip development to squeeze out as much performance as possible on low power requirements.

According to WinFuture.de, the Snapdragon 1000 is said to use ARM's new Cortex-A76 architecture, drawing upon just 12W of power for the entire chip. Compare this to the lowest-powered Y- and U- series Core chip for laptops and Qualcomm's chip easily beats every single one.

The test platform for the Snapdragon 1000 is slated to utilise 16GB of RAM, two 128GB flash storage modules, 802.11ad gigabit Wi-Fi and gigabit LTE. It's expected that, when laptops and desktops do arrive using the Snapdragon 1000, they'll be of a similar specification to this.

It's still not known when Qualcomm will officially launch its chip, but Intel does have a contingency plan already in the pipeline. The latest iteration of it's Y- and U- series Core processors should be able to deliver the power and performance needs users will find themselves wanting once the Snapdragon 1000's capabilities come to market. However, going by Intel's timeline, it could be just that little bit too late, as Qualcomm might easily beat them to the punch.