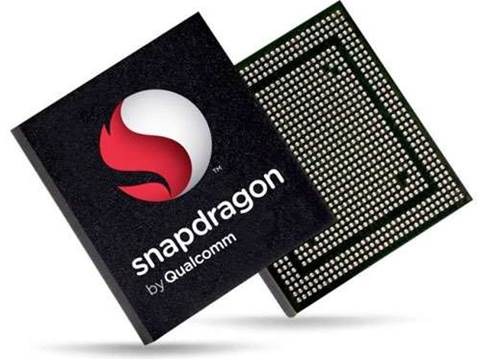 Reports surfaced earlier this month suggesting the company is prepping to unveil "thin and light" Windows 8 laptops running its Snapdragon S4 processors later this year. The devices would be poised to rival Intel’s ultrabook line and Apple’s MacBook Air, and would signify a new market for Qualcomm, which tends to play primarily in the smartphone and tablet space.

McDonough declined to confirm whether a Snapdragon S4-powered ultrathin notebook was in the pipeline for 2012. But he did say Qualcomm’s chip will afford OEMs the flexibility to explore a wide range of Windows 8-based form factors.

Microsoft’s OEM partners haven’t announced yet which form factors they will use to host the software giant’s upcoming Windows 8 platform. But any devices powered by the Snapdragon S4 will be distinguished primarily by an ultra-thin frame and power efficiency, McDonough said.

The Snapdragon lineup consists of the S1, S2, S3 and the latest-generation S4, which is the highest-end chip in the series. The 28-nm chip is based on Qualcomm’s "all-in-one" system on a chip (SoC) architecture. Through this model, the S4 can pack a built-in LTE or 4G modem, GPS and Bluetooth functionality, and a custom 3D graphics card into a single processor that’s about the size of a U.S. postage stamp.

The chip’s size and SoC architecture will enable OEMs to explore form factors smaller than those based on the S4’s predecessors.

"Because it’s all so small, it lets you really build that slim, sexy device that OEMs want to build and consumers want to buy," McDonough said.

What’s more, the chip’s low-power ARM-based design is expected to boost the efficiency and battery life of any Snapdragon S4-fueled Windows 8 device. "In a very simplistic way, it allows you to do more while charging less," he told CRN.

If Qualcomm does go to market with a Windows 8 ultra-thin notebook PC, it would face off against rival Intel, which already has more than 20 designs of its ultrabook form factor on the market today.

But McDonough said he’s confident the Snapdragon S4’s low-power and all-in-one design would set it apart from the competition. He also said Qualcomm’s smartphone heritage provides it a unique opportunity to re-define the traditional PC space.

"So, really, those great mobile benefits of great performance, the ability to always be connected and have all day battery life are, we think, really going to change the way you use your next computer," McDonough said.

"We’re a company with a deep portfolio and over time you should expect to see us do more and more things with Snapdragon that provide those same opportunities in the PC space."

Grow your software revenue by selling these 5 affordable, essential tools for the modern workplace
By Kristin Bent
Apr 19 2012
8:10AM