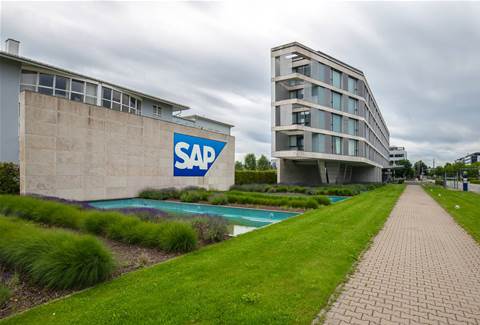 Qualtrics International, the SAP spinoff that went public Thursday, finished off the week with its stock trading at $US44.00 and boasting a market valuation of $US21.66 billion.

SAP, which acquired Qualtrics two years ago for $US8 billion, retains a majority ownership stake in the Provo, Utah-based company. Ryan Smith, the company’s co-founder and CEO both before and after the SAP acquisition, remains CEO following the IPO.

Qualtrics develops experience management applications (hence the company’s “XM” stock trading symbol) used to measure customer sentiment, generating feedback that can be used to improve a company’s products and services. SAP continues to offer Qualtrics among its product lineup of cloud applications and is integrating it with other SAP software.

“But we are now providing Qualtrics with the opportunity to extend its business and serve customers also beyond the SAP universe,” Klein said. “So, for Qualtrics, the future couldn‘t be brighter. Ryan Smith and myself are fully committed to experience management and the Qualtrics XM platform as a key element of SAP’s intelligent enterprise. And we absolutely intend to keep up the pace of innovation, expanding our joint solutions quarter after quarter.”

Klein noted that in 2020 Qualtrics generated around 500 million euros (more than $US600 million) in cloud revenue for SAP – double Qualtrics’ revenue just before the acquisition.

Qualtrics’ shares began trading Thursday at $US41.85 – far above the expected price range of $US27 and $US29 per share and the $US30 per share price set on Wednesday. Klein noted that Qualtrics’ market valuation is more than twice SAP’s acquisition price.

SAP has been moving to shift sales from traditional software licenses, which still make up the biggest percentage of the company’s revenue, to cloud software subscriptions. During the fourth quarter SAP’s cloud revenue increased 8 percent year over year to 2.04 billion euros (U.S. $US2.48 billion). But that was more than offset by an 8 percent decline in software license and support revenue to 4.54 billion euros (U.S. $US5.51 billion).

“We beat all top line parameters after [the] revised outlook and hit the upper end of our profit,” CEO Klein said on the earnings call. “This is highly important for us; 2020 was a very successful year for SAP with a very strong order entry in Q4, which provides us a strong tailwind leading into 2021. And that‘s clearly visible in our total year performance.”

The Qualtrics IPO and SAP financial earnings news this week both followed the unveiling of SAP’s Rise with SAP, a package of products and services designed to help business and organizations manage their digital transformation initiatives.