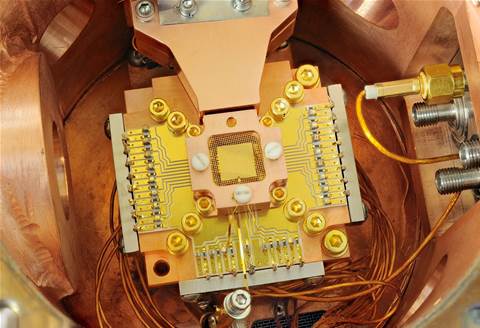 Quantum computing is pushing its way into the mainstream with IDC predicting the market for the technology will drastically grow in the coming years.

The Australian quantum computing market has received some attention recently with the Federal Government promising to invest $100 million into the commercialisation of the technology and naming it one of the areas of tech critical to national security.

Google Australia also earmarked some of its $1 billion Aussie investment for quantum computing research with Macquarie University, and the Sydney-based Tech Central’s Quantum Hub filled out its offices with quantum-focused companies.

This growth will be spurred by advances in the technology as it nears quantum advantage, a maturing quantum computing as a service infrastructure and platform market, and more quantum-suitable computing workloads, IDC said.

IBM believes its own tech will reach the point of quantum advantage in the next two years.

2021 has been a “pivotal year” for quantum, according to IDC, as vendors have pursued qubit scaling and error correction and seen greater investment from both public and private sectors.

This investment is set to scale alongside the technological advancement of quantum, which will spur new use-cases and market segments as end users seek a competitive edge.

The first use-cases for quantum computing will be very similar to those for high-performance computing (HPC) Max Kelsen CEO Nicholas Therkelsen-Terry told CRN in a March interview.

“Areas that are ubiquitous in the enterprise like simulations, digital twins, cybersecurity, etc. Complex problems – looking for a needle in a haystack. Those will be the areas we see quantum effect first, but there's a certain lead time,” he said.

IDC infrastructure systems, platforms and technologies group senior research analyst Heather West said, "Advances in quantum computing will be a drumbeat over time with the most distant advances being most relevant to the most complex problems. Organisations should start experimenting now using quantum road maps to guide their quantum journey."

Grabbing the hybrid cloud opportunity with Lenovo and Azure Services
By Ben Moore
Nov 30 2021
9:16AM